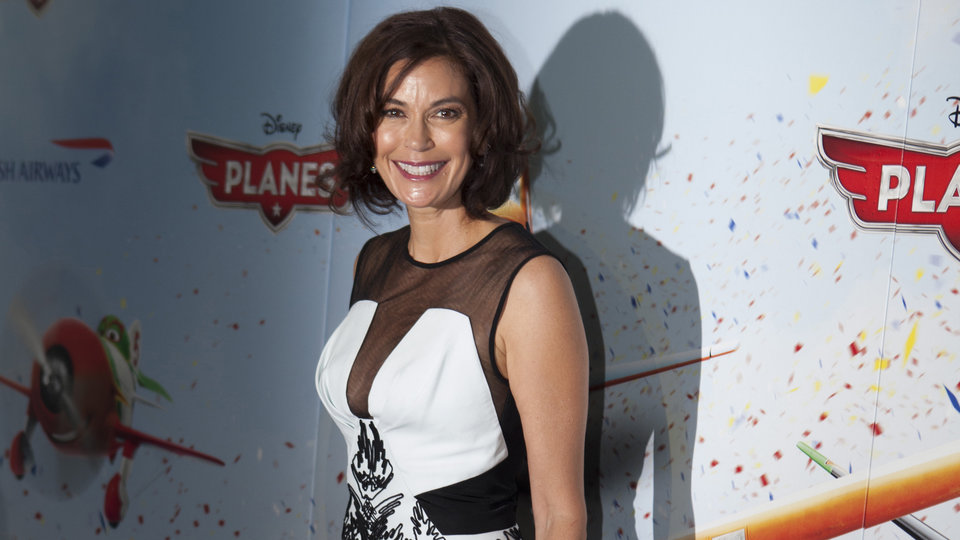 Teri Hatcher and celebrity guests attended a special screening of Disney’s Planes at the Odeon Leicester Square on Sunday. The film, set above the world of Cars, will be flying into cinemas from August 16th.

Teri Hatcher voices the character Dottie and made a surprise appearance at London’s iconic cinema to introduce the film to a full house. She was her usual, bubbly self and was a big hit with the crowd. The Desperate Housewives star posed for pictures and did a few interviews whilst at the event too, hosted by Disney and British Airways.

Disney’s Planes, is an action-packed 3D animated comedy adventure featuring Dusty (voice of Dane Cook), a plane with dreams of competing as a high-flying air racer. But Dusty’s not exactly built for racing—and he happens to be afraid of heights. So he turns to a seasoned naval aviator who helps Dusty qualify to take on the defending champ of the race circuit.

Dusty’s courage is put to the ultimate test as he aims to reach heights he never dreamed possible, giving a spellbound world the inspiration to soar.

Check out our gallery of the event below.