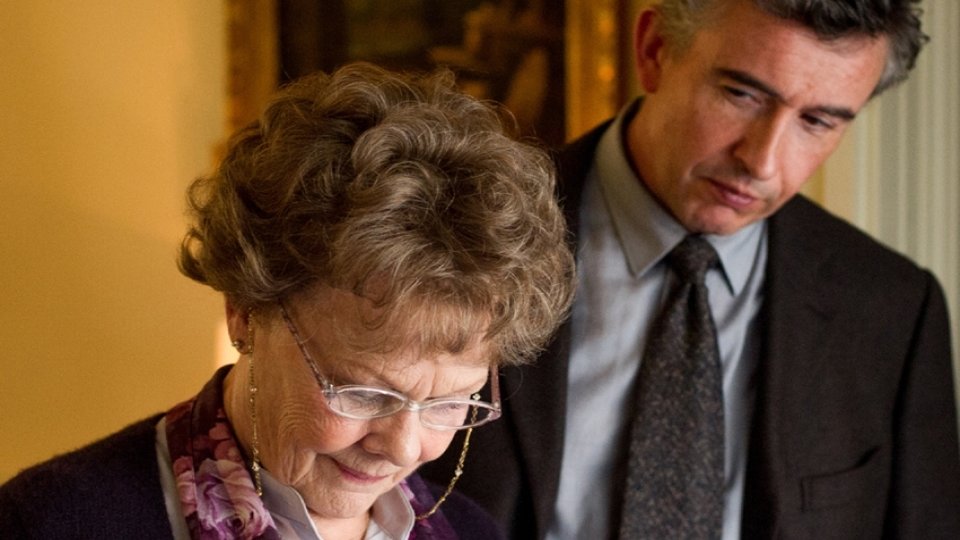 Judi Dench and Steve Coogan appear together in the first image released from the bitter-sweet comedy Philomena.

Directed by BAFTA winner Stephen Frears (The Queen), Philomena will open in the UK and Ireland on 1 November 2013.

Coogan was last seen in the Paul Raymond biopic The Look Of Love and will soon be gracing cinemas in the big-screen version of Alan Partridge: Alpha Papa.