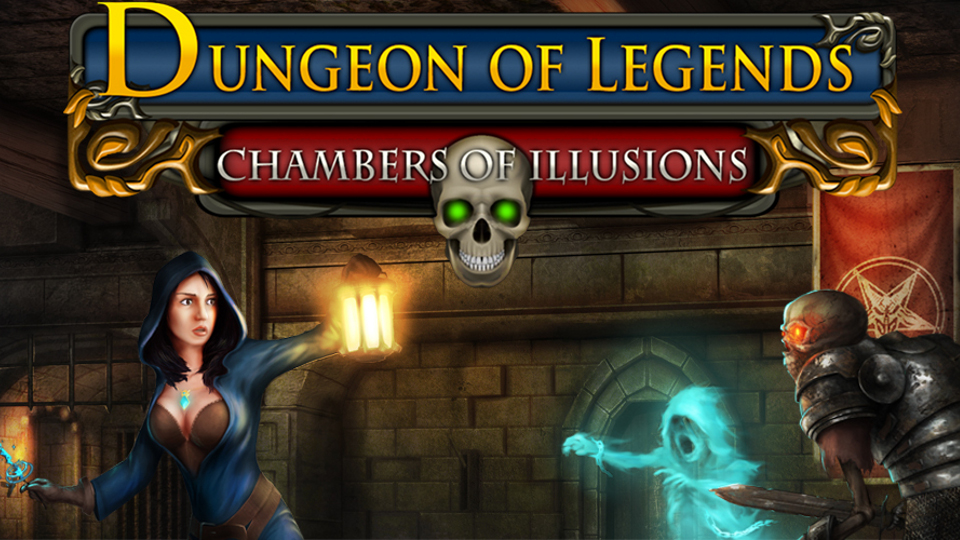 Munich-based BBG Entertainment (Einstein Brain Trainer) have announced that Dungeon of Legends has released worldwide for the iPhone/iPad, Apple Mac and for Android phones/tablets. Dungeon of Legends takes the jump and run, adventure, puzzle and action genres and combines them with an epic and unprecedented adventure that thrills for many hours. Musical background and detailed 3D graphics underline the standard of the game.

Magic and illusions enchant and immerse players in a fantastic world full of dangers. As a novice, the player needs to use their skills to get accepted to the magic school. The mission is to complete the “Tower of Eternity” which consists of various areas, including the “Chambers of Illusions”. With over 75 rooms of crazy puzzles players need to apply skill and logic to solve them.

The aim of Dungeon of Legends is to pass through many different rooms but in each room awaits many malicious traps and enemies, which the player has to dodge. Different keys to open new spaces allow players to discover new mysterious things. In general, the player needs to press a lever, jump from platform to platform, dodge spikes or activate a special mechanism to get a step ahead. The problems to be solved are varied and ensure long-lasting fun.

Dungeon of Legends is priced £1.99 for iPhone, iPad and Android and £4.99 for Mac. For more information visit the Dungeons of Legends website.