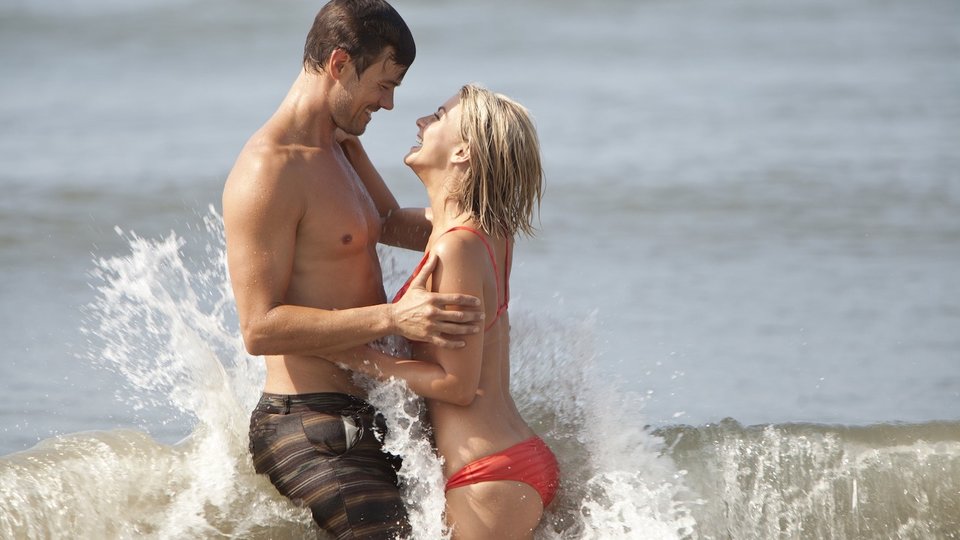 Katie (Julianne Hough – Footloose) relocates to a small coastal town to start afresh and put her troubled past behind her. She meets local store owner and widower Alex (Josh Duhamel – Transformers) and soon gets very close to him and his kids. But Katie soon realises that running away from the problems of her past will eventually catch up with her – with potentially devastating consequences.

Safe Haven is unabashed schmaltz from the pen of the man responsible for The Notebook. Having peaked with that story, it seems Nicolas Sparks is rehashing the central themes to many of his books on the big screen time and time again. Having hit the jackpot with The Notebook, a modern classic amongst the genre, he has had minor success with A Walk To Remember, Nights in Rodanthe, The Last Song and The Lucky One whilst disappointing audiences with Dear John.

Safe Haven sits between these movies – it’s a very well made picture (thanks to director Lasse Hallström) with good lead performances. But it pivots on such a ridiculous twist you will see coming from a mile off, that it almost derails the whole film. Thankfully Safe Haven still comes out as a nice piece of escapist drama for what it’s worth.

Julianne Hough has given some big performances thus far, with the Footloose remake and Rock Of Ages being particular highlights. Safe Haven finds her giving a far more textured and reserved performance. She clearly has the looks to sell the romanticism of Spark’s stories mixed with that girl next door charm. She works off Josh Duhamel really well too and the two share a great chemistry.

Having been Hollywood’s recent go-to guy for romantic leads, Josh Duhamel has come a long way since he turned heads as the co-star of Las Vegas. After Transformers really announced him as a viable movie star, the romantic genre has been a good stomping ground for Duhamel. Safe Haven is tailor made for him and he gives a very convincing lead male performance in the film. He shares a sweet chemistry with Julianne Hough and brings all of this together well.

The supporting cast are all ok without being particularly memorable. How I Met Your Mother’s Cobie Smulders takes a break from The Avengers and plays a mysterious woman who takes a keen interest in Katie’s affairs. David Lyons plays the typical Nicholas Sparks villain with suitable menace but does dip into pantomime every so often.

As with all of Sparks’ works, location plays a very important role in the film and Safe Haven looks beautiful in every frame. A picture-postcard setting lends itself perfectly to this romantic drama and gives the viewer a warm glow that’s hard not to be taken in by.

Safe Haven is exactly what fans of Nicholas Sparks’s books and films will expect. And if the formula isn’t broken why tamper with it? It may have the worst twist you are likely to witness all year but it does the basics just right and comes out as an entertaining romantic drama with plenty going for it.