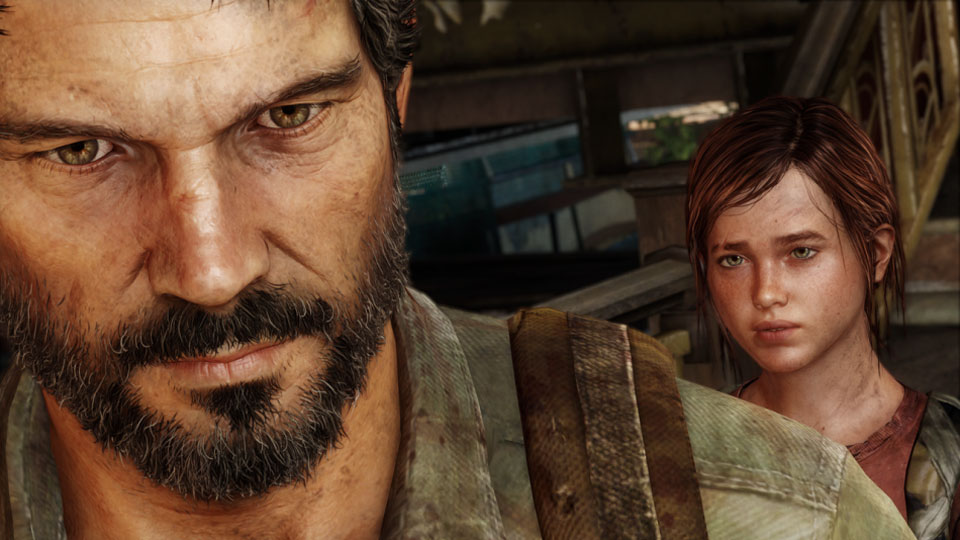 The Last of Us review

The buzz surrounding The Last of Us has been nothing short of deafening in the lead-up to its release. The PS3 exclusive from Naughty Dog has been teased for months with gamers getting excited about what was being hailed as the ‘game of 2013’. As always with any hyped-up title, we were a bit sceptical but now the game’s out there in the public sphere and we’ve been addicted to it for hours and hours, we can safely say it lives up to everything you’ve heard and then some.

The Last of Us is a post-apocalyptic adventure that puts gamers in the shoes of survivor Joel. Tasked with escorting a young girl, Ellie, across the U.S. the game mixes familiar story strands (think The Walking Dead and The Road) to craft an involving, engaging and hugely addictive game. As Joel takes Ellie across the country, the pair soon bond and come up against a variety of enemies including soldiers and a variety of infected zombie-like humans. Be warned that the game is a jumpy affair that will have you screaming and shouting as you progress through the roughly 15-hours worth of gameplay.

The single player campaign, which is the main selling point of the game, unravels an impressively intricate and multi-faceted story that reels you in and refuses to let go. Joel’s story is one that will have you rooting for him to succeed and hoping that he eventually will find some peace and happiness by the end. You soon learn that everything in the world of The Last of Us is a potential danger and it takes quite a bit of skill to navigate through the trickier parts of the game. Often it’s wiser to use stealth attacks or completely avoid confronting enemies in order to progress. Once you start shooting a gun off, enemies surround you in hordes and it’s the quickest way to get yourself killed.

Stealth attack truly is the name of the game and this helps increase the game’s intensity. Whether it’s creeping up on another survivor or one of the frightening Clickers, you spend large parts of the game with your heart in your mouth. One wrong movie can signal your death if you get heard but similarly the actual stealth attack is pretty brutal as Joel stabs enemies in the neck or suffocates them.

The relationship that develops between Joel and Ellie is the best part of the game. Despite initially being very wary of each other, the two characters foster a parent/child relationship pretty quickly. Ellie is feisty and thinks she can hold her own, whilst Joel is overly protective and wants to take charge in order to keep her safe. The two characters butt heads every now and again but there’s a real sense of ‘team’ between them by the halfway point.

The Last of Us is also a master class in voice acting with all of the actors doing stellar jobs. Everything sounds natural and at times you feel more like you’re watching a movie than a computer game. Visually the game is absolutely stunning. It really raises the bar in terms of realistic animation and the characters are brought to life beautifully. The environments are remarkably detailed and expansive with plenty to explore and take in. The enemies, particularly the Bloaters, are suitably disgusting on the eye and seriously disturbing.

One of the things we particularly loved about The Last of Us is the weapons system. There are plenty of different weapons littered around the environments to collect but you can also make your own weapons. Collecting the raw materials allows you to make weapons such as shanks, Molotov cocktails and nail bombs to use throughout the game. The materials can be tricky to find and you really do need to decide when the best time to use the weapons is so you don’t find yourself stuck in a very tricky situation.

As well as finding weapons, you should search the environments for collectibles. These help piece the storyline of the game together and of course extend the length of the game. You really do have to scour every nook and cranny if you want to find everything there is to find in The Last of Us.

Outside of the single player campaign there’s an online mode too called Factions. This takes the game online giving players a customisable character. In Survivors you can compete against other players in a death match or you can play Supply Raid which pits teams against each other with the objective of taking away their lives.

The Last of Us is that rare breed of a game that you create an emotional connection with and genuinely care about what happens to the characters. In parts it’s reminiscent of Telltale Games’ excellent The Walking Dead series, and like that game it did make us shed a few tears along the way. The Last of Us is a pure adrenaline-filled thrill ride that hooks you in and refuses to let you go. Without a doubt The Last of Us is the finest game we’ve played so far in 2013 and we don’t think anything is going to beat it.

Watch ‘The Last Of Us’ Episode 1 now

‘The Last Of Us’: new trailer gives a good look at the video game adaptation