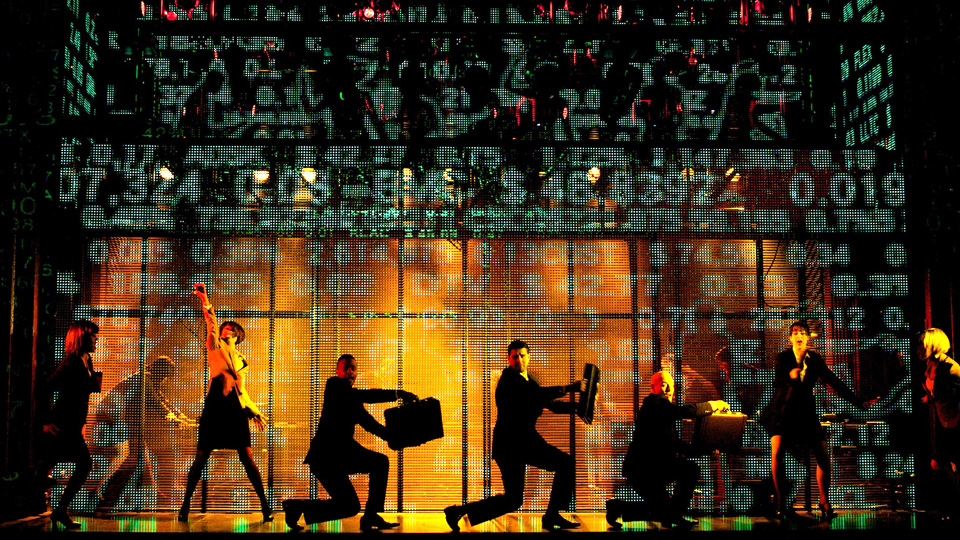 The West End hit has become famous for its impressive stage illusions which are created by English magician Paul Kieves. Kieves created the magic effects for the films Harry Potter and the Prisoner of Azkaban and Martin Scorsese’s Hugo as well as the West End’s Matilda the Musical and The Invisible Man, to name but a few.

With so many elements of technology and stage illusion Ghost The Musical is probably the most technically intricate production to ever tour the UK.  The Leeds Grand has now exclusively revealed some surprising behind-the-scenes facts to give an idea of its complexity:

Directed by the Tony award winning Matthew Warchus (Matilda, Art) with music and lyrics by Grammy award winning Dave Stewart (Eurythmics) and Glen Ballard, Ghost the Musical is a timeless fantasy about the power of love.  Sam (Stewart Clark) is trapped as a ghost between this world and the next trying to communicate with girlfriend Molly through a phoney psychic (Wendy Mae Brown) in the hope of saving her from his murderer.

Ghost The Musical is at Leeds Grand Theatre until Saturday June 29th. Tickets are priced from £15 to £43. Book online at leedsgrandtheatre.com or call box office on 0844 848 2700

In this article:Ghost The Musical, Leeds Grand Theatre