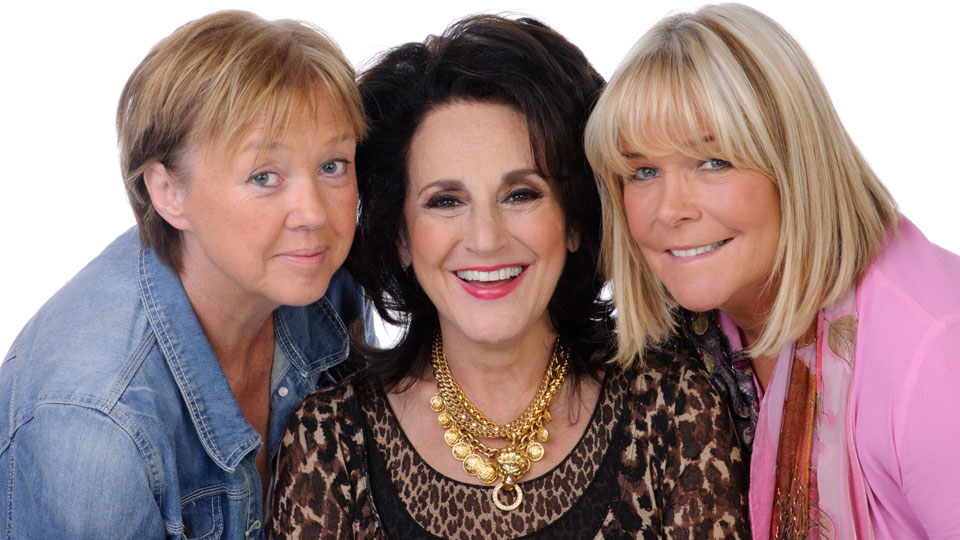 Birds of a Feather review

Birds of a Feather originally ran from 1989 to 1998 airing 102 episodes over its run. Starring Pauline Quirke, Linda Robson and Lesley Joseph the sitcom was one of the most-loved on the BBC in the 90s. On its debut in 1989 the show attracted nearly 13 million viewers, and received a lot of complaints for its racy jokes that aired pre-watershed. Amidst rumours that ITV is bringing the show back for an 8-episode run, Birds of a Feather is currently touring the UK in an all-new production starring all three original actresses.

Birds of a Feather sees Tracey (Linda Robson) and Sharon (Pauline Quirke) still living together but in a different house from the one seen in the TV show. Tracey’s teenage son Travis (Charlie Quirke) lives with the sisters and gets away with murder with Tracey catering to his every whim. You soon learn that this because she’s hiding a rather big secret from him. One morning a letter arrives addressed to Tracey but referring to her former surname. Worried she gets Sharon to open it to discover that their former neighbour Dorien (Lesley Joseph) has got back in touch and now runs a care home for the well-off elderly. The two sisters decide to go and visit her, with Tracey having to overcome her agoraphobia, and what follows is an unexpected story that brings the three women back together.

We don’t want to give too much more of the plot away as it will ruin the experience for you but suffice to say that Birds of a Feather on-stage is just as much fun as watching the TV show. Written by Gary Lawson, John Phelps, Laurence Marks and Maurice Gran the show is every bit as funny, rude and madcap as you’d hope. The first half an hour really reintroduces you to the characters and sets the scene but once that’s out of the way the production really comes into its own. The script is razor sharp with Tracey and Sharon exchanging witty one-liners with each other. When Dorien appears on stage the old catty comments from Sharon emerge once again whilst she peppers her dialogue with double entendres and plenty of smut.

Our favourite moment in the show comes during a rather misjudged bit of karaoke to entertain the elderly inhabitants of Dorien’s care home Cherish. After Tracey rather insensitively sings a song about being close to heaven, Sharon does one better belting out a Queen classic that is as hilarious as it is inappropriate.

What’s so enjoyable about Birds of a Feather is seeing Pauline Quirke, Linda Robson and Lesley Joseph back together and resurrecting the much-loved characters from the show. The chemistry is still there and the three women obviously love working with one another. There were a couple of moments in the show where Robson broke out into a fit of giggles which didn’t spoil the show rather showcasing how much fun the three actresses are having. Joseph steals the show, as she always did back in the 90s, getting many of the best lines. It’s great to have Dorien back and we didn’t realise how much we’d missed her inappropriate jokes.

Birds of a Feather is more like watching a taping of the TV show than it is going to the theatre. The audience last night were raucous lapping up every joke and appreciating every moment. Whilst the show can’t be compared to much that is seen at the theatre, marked on its own merits and for what it is, which is pure entertainment, Birds of a Feather is an absolute hoot. If you want to let your hair down, have a good laugh and enjoy three great comedy performances then you should definitely go and see the show. We hope the rumours of a TV comeback are true as if the material is as good as this show, it’s going to be a fantastic comeback for one of the most iconic British comedy series of our time.