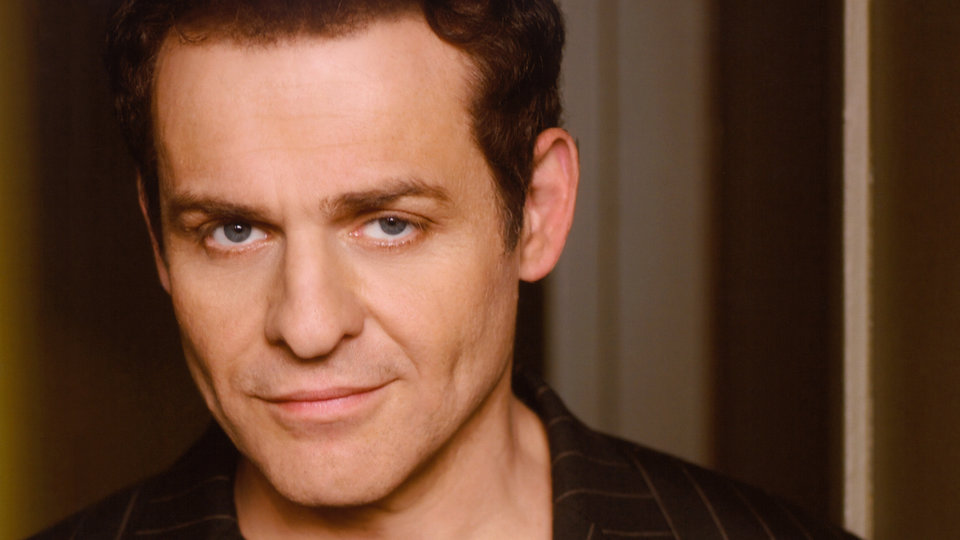 Daniel Kash is a face you’ll no doubt recognise. Over the years he has appeared in some of the biggest TV and film projects including Aliens, Alphas, Defiance and Robocop. But it was in the excellent cult favourite Due South that Daniel really found fame as the wise-cracking Detective Louis Gardino.

Now starring in Mama, the brand new horror that’s executive-produced by Guillermo del Toro (out on DVD and Blu-ray now), Daniel caught up with EF about his role in the film and reminisces about his time on Due South.


Hi Daniel, tell us about how you prepared for your role as Dr. Dreyfuss in Mama?

First of all I’m a father so I’m very used to talking to little children these days – that went a long way. I know there’s a few people in my life that I know well – psychiatrists and psychologists – and I plied them with as much questioning as possible about how they go about their daily lives and the tone that they try to achieve. That was what I was most interested in as I was always involved with the child in the film.I was mostly interested in the right sort of tone so I could get information from a child and not freak them out… still get the information from them making it believable. I thought that was a neat task.

What is your all-time favourite role you’ve played?

Yeah! I went to drama school with Colin Firth, he was my room-mate and we both played it. I always tell him I played a better Lear than him!

I was going to say how does your favourite role differ from Dr Dreyfuss but obviously it differed massively.

A lot of people have asked what’s my favourite role and I say I don’t know, so they ask what do I look for? I sort of go you need to see all of the character. There’s always something of interest. The world of psychology and psychiatry of course is interesting. The world of paranormal stuff is interesting so these elements are the issue of the moment and there’s loads of interesting things about them that happens almost every time.

…so you always find it fun, exciting and interesting?

So when picking a project do you look for completely different roles?

I just look for money! I promised myself in life that I would not stop myself from being surprised and you never know what’s going to surprise you. Some things that seem dull turn out to be the most interesting things so I just open doors and say let’s do it!

That’s fun! So how did you find working with Andres Muschetti in his directorial debut?

Just one of the greatest guys I’ve ever met! He’s the kind of person that you go; the first time you meet him, I don’t know, were we lovers in a past life!? Why do we get on so well? Andres is a great guy! He’s a great guy and you know, very professional.

He has a great eye and great ears and coupled to the task  well. This was his first time directing and he was confronted by all these people who had a bunch of experience and he was open to all of that. I have no complaints about Andres at all and I keep saying if anyone would ever complain about that man, I would have to say ‘have you met him?’ I can’t imagine it.

So do you still keep in touch?

Here and there. Well lately I haven’t – when the film was out I was emailing him all the time like ‘good luck you guys’ you know so much happened at that point. It worked. You never know if the public is going to jump on it right?

I thought it was well placed in its release and the way it was released and everything. The trailer was really good. He has a future now and that’s fantastic!

That’s good  – so what were the rest of the cast like to work with?

A nightmare! No they were all fine! It was a really fun set! I can’t complain about anyone actually. And the kids were amazing!

What was it like working with them as they were so young? Have you ever worked with younger children before and how did they compare?

I’ve worked with a bunch of kids in a way. This is the new breed of child actor who actually like, are experienced at this point and they know the gig and they jump in and they’re totally focused and they do and they don’t lose it,- it’s shocking!

Did they seem scared of the concept or were they just completely fine and rolled with it?

I think they loved the idea of it being scary. Is like acting in an environment that might scare them, they knew they were freaking people out and loving it.

Moving on slightly I just wanted to speak to you a little bit about Due South and if you have any fond memories of your time on the show?

I knew Paul Gross, the lead of it, for a long time before so everything about working with him and having it be so successful was really great. A lot of it was fun. I actually forced myself off that show because they weren’t using me enough and I burst into Paul Haggis’ (director) office (through a lot of bad language!) to kill me and that’s why they did kill me off! They were going to drop a piano on me and just have my feet show like the Wicked Witch of the West but they blew me up in a car instead! But no, I thought it was a really nice show and really fun and everything.

I don’t know about specific memories – it was great working with Paul Haggis and it was clear that he was a talented guy. A lot of people wrote different scripts and when you would read them you would go ‘this is garbage’ and then you’d read his and go ‘oh Paul wrote this one!’.

So you could tell the difference instantly…

It’s just the tone, he’s a very kind of special writer, talented and yeah I loved it! It was fun.

Did you have any regrets when you left or just you felt it was the right time?

Now that I look back on it, I was younger and thinking ‘come on, I gotta have a movie career or something’ and I may not have appreciated what that ‘thing’ was as much as I should have, because I think it’s actually better quality now when I look back at it than I thought at the time. I thought it was like a dramady that’s a bit silly at the time but now I actually look at it and I think it has a lot more length than that. But I love the fact that for some reason its popular in the UK, like it has a presence there! It’s a little strange but it’s neat and Due South does well on repeats. It’s all related to that thing about Britain having ‘that’ idea of Mounties! It’s some sort of weird idea about that and that’s probably why it flies there! I don’t know, maybe it’s just that Paul’s so pretty!

So can you tell us anything about any upcoming projects you have?

I’ve finished a couple things that are really kind of great one thing is a BBC America thing called Orphan Black and it’s just been picked up again, I think by BBC3 as well, and it’s about clones and the lead girl, her name’s Tatiana Maslany is fantastic! And she plays different characters. She’s really good, it wouldn’t work if she wasn’t really good and she’s that good. It’s kind of thrilling in a way, just to see this girl do this, so that’s great! It’s been picked up for another season too and its really good, so check it out ‘cause it’s really fun.

Yeah I will, definitely!

…Also Robocop is this big fat movie that’s coming out very soon, I just finished that. I’m a corrupt cop on it.

How was that? Playing the bad guy?!

Actually I played a psychiatrist. I’ve been playing a couple of psychiatrists and rabbi’s lately but generally I’m a cop who gets killed or kills somebody, that’s what I seem to do.  I’ve been going away from it lately and the fact that I got into Robocop is good.

Mama is out on DVD and Blu-ray now