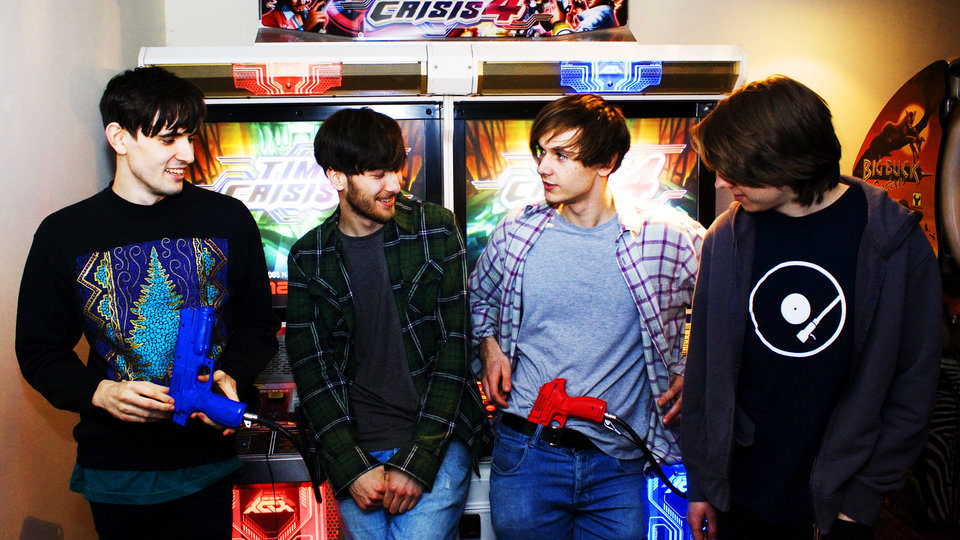 Tripwires spent quite a few years perfecting the sound of their music and the result is the debut album, Spacehopper. We heard the album and here are our thoughts.

The album kicks off with the title track. Soft and teasingly the opening song takes its time, except rough sounds and big soaring guitar riffs yet soft vocals. Plasticine is up next and this time a richer sound meets us. The distorted sound effects and soaring vocals are quite 90s and feel quite nostalgic.

Feedback Loop Of Laughter mellows the tone of the album with its ballad type vibe. The song is quite enjoyable and again feels like something Placebo would have released in the late nighties. Shimmer picks up where we left off. This time a little ballsy-er but still keeping the sentiment Shimmer is a big track with a dreamy atmosphere.

Love Me Sinister is up next and even though the song is dark it isn’t sinister, instead it feels atmospheric and vast. On the other hand Under A Gelatine Moon sounds just as we’d hoped with its psychedelic guitar riffs and dreamy vocals. The song is mellow and eclectic and with the help of a few smart touches sounds modern.

Tripwires are quite consistent with their sound but have left room for exploration with tracks like Wisdom Teeth. This mellow track is less heavy on props and more focused on simple and traditional sounds. An acoustic guitar and some vocals make this simple song a beauty. The longest track on the album is Tinfoil Skin with a whopping seven minutes and during that time you can expect another heavy dose of psychedelic rock.

The album ends with Slo Mo a Radiohead type ballad filled with melody and heart.

Tripwires debut is consistent and reflects the band’s attention to detail. This could be amazing but we feel like something is lacking from this record. Spacehopper is a strange trip through the band’s mad vision and some of it works and some of it doesn’t.

Advertisement. Scroll to continue reading.
In this article:Tripwires