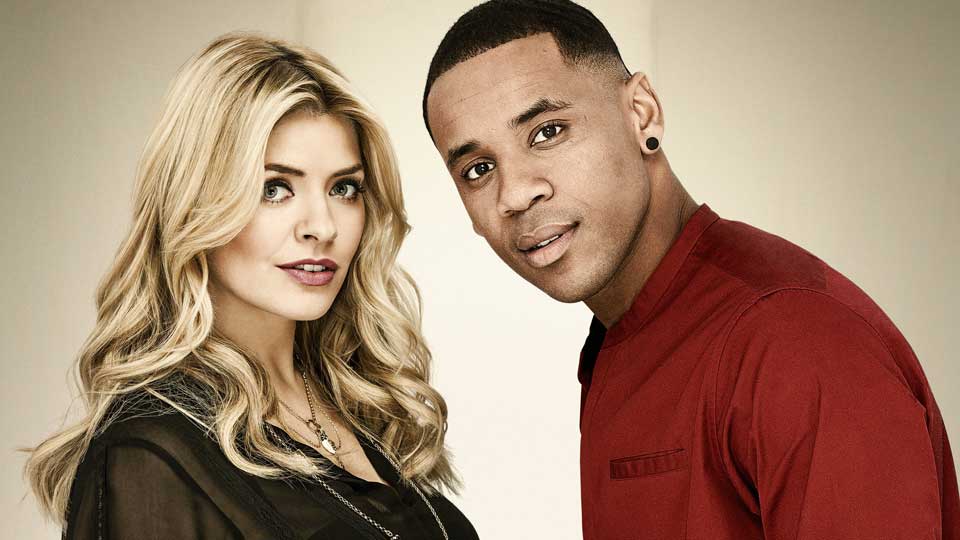 As rehearsals get underway at The Voice Arena at Pinewood in preparation for tonight’s  first live show, presenters Holly Willoughby and Reggie Yates give the lowdown on the final 12 Artists singing to become winner of The Voice UK.

Reggie – “Matt Henry for me is incredibly exciting and he dances like everyone in my family at family parties – which I love! Matt’s family are one of the loudest families – they all completely snowballed me and jumped all over me.”

Holly – “When Matt Henry was saved by Jessie, when he was stolen by her – it was like he was the one that just could not go.  You just thought there is no way that he should be leaving the competition at that stage, so I was so pleased that Jessie stole him. He has got an incredible voice.”

Reggie – “Ash Morgan has one of the biggest voices in the competition but he doesn’t believe it which is brilliant – it makes him so humble and sort of naive about his powerful voice which is fantastic.”

Holly – “Ash’s first audition when Jessie started crawling across the stage and just wanted to get front row was really memorable.  He has an incredibly powerful voice, and is just a lovely really nice guy as well.”

Sarah Cassidy
Reggie – “Sarah Cassidy’s legs finish at her ears which makes for great TV! And she can sing as well.”

Holly – “Sarah Cassidy – even during the Knockouts people assumed that others would go through instead of her, she just kind of proved that with her professionalism that she has learnt over the years that it is all down to that performance that you give – that you can turn it around and change it, so she is a real one to watch in the competition.”

Reggie – “Alys Williams I love the fact that she came back from series one and I think she is going to surprise a lot of people because she is very talented.”

Holly – “Alys, obviously I remember her from last year and I loved her last year and I was so sad when no one turned for her, I couldn’t believe it because she has such a beautiful voice. So it was great to see her come back and do so well this year.

Reggie – “Joseph is possibly one of the nicest men ever and his song this weekend is going to be out of this world, I can’t wait for people to see it. Josephs mum was really cute because all she wanted to do was for him to pick Tom so she could get close to him!”

Holly – “Joseph has the most insane voice.  He is the most powerful singer ever, he is going to be incredible and his first live performance is such a great song for him.”

Reggie – “Mike Ward is like our own little Brian Harvey, he’s like East 17 rolled into one and I love it.”

Holly – “Mike Ward I love because just to have somebody a bit different and he has got the most amazing country tone and sound and it’s something that we have never had on The Voice before. And also something that’s not that mainstream over here, and yet I do believe there is room for.”

Reggie – “Andrea Begley has one of the sweetest voices ever and has a very charming family as they are all here all the time and its really lovely to have them around.”

Holly – “I could listen to Andrea sing all day long. When she sang that Eva Cassidy song  I was like goosebumps all over me – she’s just got such a beautiful pure tone.

Karl Michael
Reggie – “Karl couldn’t be on a better team. It’s almost like Karl is a mini me for Danny O’Donoghue, it’s going to be fun to see what happens with them.”

Holly – “Karl – this is his moment now, this is his time which is why everything else hasn’t worked out.  With Danny’s help, I think him and Danny have a really special connection as well.”

Reggie – “Mitchel I love. But – and he probably won’t like this – I love his dad almost as much as him, maybe even more because his dad is just the funniest man ever and has done so much for him.  It was lovely having them in my room in the early stages. Mitchel’s dad was so emotional about him going through because they had been touring together for years and it was like an amazing thing for him to see for his son.”

Holly – “Mitchel Has got one of those really unusual genuine rock sounding voices and he is the real deal.  There have been so many people that come in try to pretend to be that and yet he is that.  Really distinctive voice – if you heard him on the radio you would know it was him.”

Reggie – “Cleo is brilliant because I remember her from first time around in Cleopatra and I am just really excited to see how big her hair’s gonna get over the course of the series!”

Holly – “Cleo is so exciting and actually its really nice to have someone from one of those auditions when people go ‘oh it’s them from that’.  But with Cleo it just shows it’s good to take that risk and sometimes it can pay of – and here she is in the live finals.  She has got so much performance to give.”

Reggie – “Leanne Jarvis is wicked – what would a reality singing competition be without somebody from Essex on it?  It’s nice to have the Essex flavour – white stilettos all the way.”

Holly – “Leanne is just gorgeousness’, she is just such a sweetheart but then has this incredibly powerful voice and I think with Will behind her I think it’s going to be a really good combination and he will bring out a different sound, because there is no doubt that she can sing but I think he will bring out an edge to her.”

Reggie “Leah is phenomenal – her Minnie Ripperton performance at Knockouts was incredible.  I just can’t wait to see her do it live so that everyone can see for themselves just how talented she is.”

Holly – “Leah just blew everyone away at the Battles and she’s just got one of those really unique sounds and kind of just sums up The Voice so it’s just really exciting to see what she is going to do.” 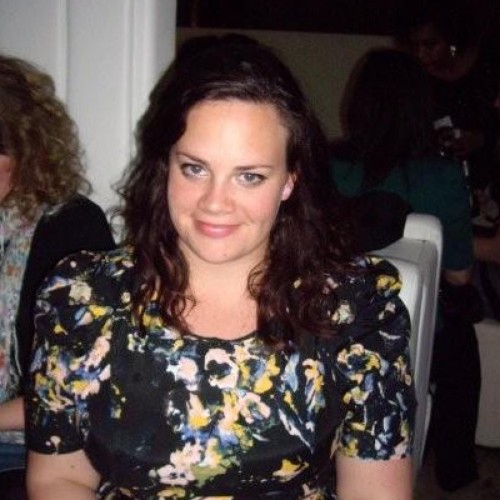 Louise McKenna
I’m Louise and I’ve joined the EF team to report on The Voice UK and provide you with a handy recap of each episode. When not in front of the TV, I can be found enjoying the latest contemporary theatre and comedy London has to offer.
Previous article
Russell Brand announces world tour
Next article
Jo Joyner takes lead role in new Sky Living comedy