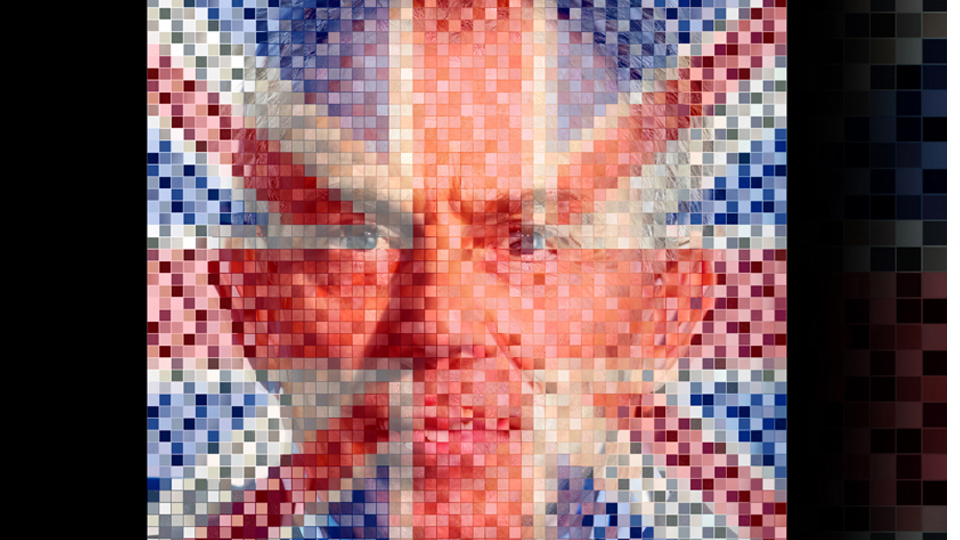 Enough time has passed since Tony Blair’s decade-long stewardship of the UK for his lasting legacy to begin to be appraised.

Blair’s Children’s aim is to do precisely that. Using five actors speaking through five interchanging monologues, the impact the Blair era had upon ordinary lives is played out dramatically in this piece of new writing at the Cockpit Theatre in Marylebone – it’s first homegrown production for thirty years.

There’s often reason for audience members to tremble at the thought of monologues – since the format inevitably draws you in or leaves you cold, with the latter offering no relief. In Blair’s Children, the form is handled innovatively in a way that pays off. Whilst each character’s words are penned by different writers, we learn their stories through bite-sized chunks as they take it in turns to speak.

Five characters, five different stories, and the action taking place in a café: it’s a rewardingly simple set up and one that allows the writers’ voices the room to breathe. Thankfully, the writing is excellent, and the combined talents behind this production make Blair’s Children a great slice of theatre.

Blair’s Children is, by necessity of its subject matter, a political piece, but the writers never lose sight of the need to tell a human story. This isn’t just a piece for Newsnight enthusiasts and party supporters – it’s a piece for anyone who lived through the Blair era and was impacted by it, for better or worse. It doesn’t matter where you stand on the political spectrum either: Blair’s Children certainly isn’t a left-wing (or indeed right-wing) soapbox. All writing is political: some more overtly than others. There’s a range of contrasting voices to be heard here.

The five characters we get to know in Blair’s Children are commendably disparate too, so chances are you’ll empathise with one in particular. There’s Marie, written by Georgia Fitch and played by Michelle Butterly. She’s a northern mother who started an initiative with young people when New Labour were shelling out money, only to see the funding cut in the recession. Butterly displays great lightness of touch when playing dark subject matter – which gives her backstory that touches on the effects of immigration and multiculturalism even more of an emotional punch.

Caroline Guthrie plays Glaswegian mother Maggie in a tale by Anders Lustgarten. Hard-edged, selfish and, as she admits herself, political since the age of six months, she’s easily the most clued-up of the characters. Her story is also arguably the most relevant to today’s political climate too, since it’s built around her difficult relationship with her son, who joins the army and goes off to fight in a war his mother is protesting against. Guthrie plays it with self-deprecation and humour, which again makes the emotional punch stronger. The nonchalance of some of her revelations is audacious, and jaw-dropping. You can’t help but like Maggie, though you might not want to be stuck on the same table as her in a pub.

Dee’s story, by Mark Norfolk, gives voice to the youth element who, now teens, don’t really remember Blair (be prepared to feel suddenly very old), and have no idea how his policies shaped their lives. It’s the most comedic of the stories, and Royce Pierreson is a constant joy to watch. His deft comic timing rewards him with the lion’s share of the laughs.

The other male character is Vlatco, a Serbian immigrant who came to the UK to escape the Yugoslav Wars. His story is by Paula B Stanic. There’s a lot of innocence in Vlatco’s story, but Christopher Patrick Nolan lends him enough twitchiness and edginess to ensure he’s never easy company, and the story is a sobering assessment of the aftermath of a foreign intervention that the Blair administration was roundly praised for.

There’s also Jennifer by April De Angelis, a New Labourite and Blair Babe played by Rosie Armstrong. Working class, but university educated and new middle class, Jennifer is the character caught in the middle of the pre-Blair era of British class consciousness and the New Labour attempts to break those boundaries. Jennifer is pretty insufferable, and it’s a shame in a way the characters don’t interact, since a showdown between her and Maggie would truly be something to behold!

With all the action taking place in a café and told through monologues, Blair’s Children is stylistically quite static, though there’s probably no way around this, and director Charlotte Westenra wisely avoids movement for the sake of it. She must be commended for enabling all of the actors to draw out the human drama from their stories and bring those elements to the fore. This ensures that Blair’s Children never loses sight that it is about people, and the audience is rewarded with an emotional response.

The monologues themselves are skilfully structured, with the characters heading through a journey as they relate their stories. One or two occasionally veer into melodrama, especially in the second half, but not so much that the integrity is ever stretched. In one delightful moment Jennifer apologies for a sudden display of rage. “Well, that was embarrassing,” she says – an ingenious and in-character way of relieving the tension.

With the parts played by established and experienced actors, and the script a shared venture from some top writers, there’s a lot to recommend about Blair’s Children. It plays at the Cockpit until 22nd June.