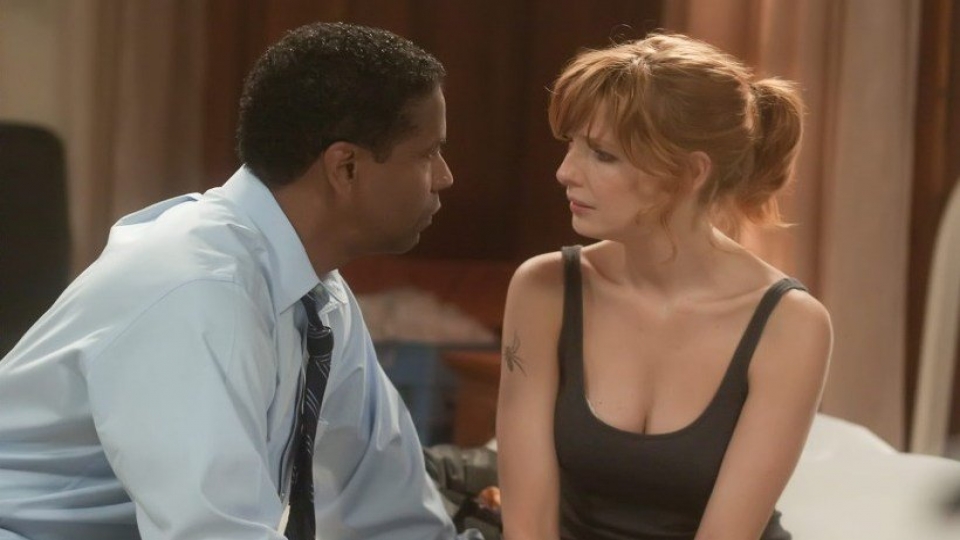 You’ll be on the edge of your seat as Denzel Washington (Training Day) delivers an Oscar®-nominated and spellbinding performance alongside a stellar supporting cast of John Goodman (Argo), Don Cheadle (Iron Man 2), Melissa Leo (The Fighter) and Kelly Reilly (Sherlock Holmes) in this exhilarating critically-acclaimed action thriller Flight.

Denzel Washington stars as Whip Whitaker, a seasoned airline pilot, who miraculously crash- lands his plane after a mid-air catastrophe, saving nearly every soul on board.

After the crash, Whip is hailed as a hero, but as more is learned, more questions than answers arise as to who or what was really at fault and what really happened on that plane?

Flight presents the first pairing of Academy Award® winners Denzel Washington and director Robert Zemeckis (Cast Away), who marks his return to live-action dramatic storytelling after years of success on the forefront of directing and producing movies utilizing motion capture technology.

Buckle up for one of the most spectacular action sequences seen in film in this powerful action drama with an all-star cast. Flight is an intense action packed thrill ride, not for the faint hearted.

Packed with exclusive behind the scenes extras, including the anatomy of the infamous crash scene. Flight is out now on On-Demand, Digital Download, DVD & Blu-ray.

To be in with a chance of winning one of 3 DVDs and 3 luggage tags, simply answer the question below.