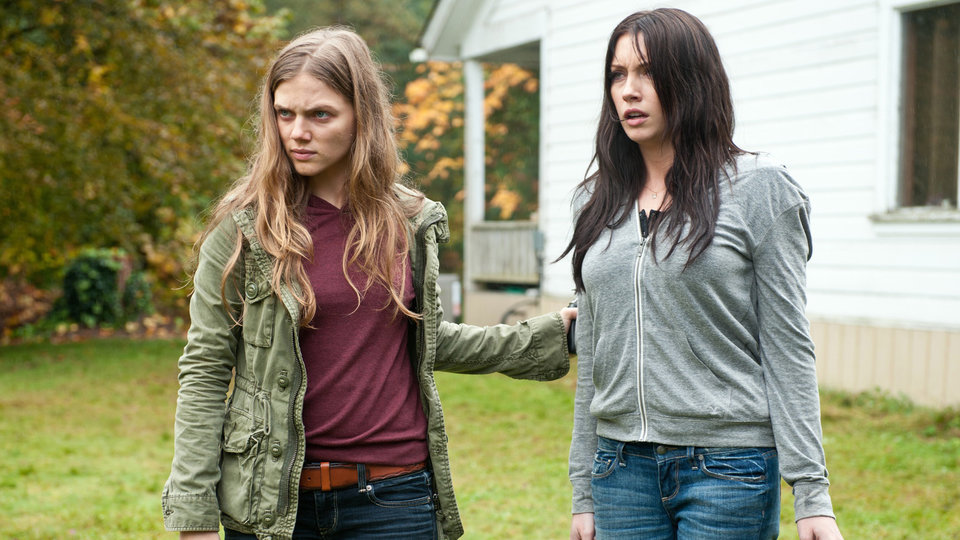 Still getting over the abuse she took from an ex-boyfriend and the disappearance of a flatmate, Amanda (Katie Cassidy – Arrow) rents the spare room out to new college girl Hailey (Tracy Spiridakos – Revolution). The room-mates find comfort in their friendship and make a pact to overcome their pasts. So when Amanda’s ex-boyfriend shows up, the two friends work together to get rid of him. In order to survive they must both face their own harrowing pasts. But as Hailey’s old life starts to become more transparent, it’s difficult to see who the victim is.

Kill For Me knows exactly what type of audience it is being aimed at, the younger end of the horror genre. Here we have two female leads who are both good looking, throw in some sinister back stories, have guys who are against them every step of the way and some realistic death scenes. It’s almost as if the film makers have consulted a marketing company on the best bits to put into a mid-range horror film. But we have to say, it really does work. The film kept us interested throughout its short run time.

Its story isn’t anything original or fresh but we couldn’t help but enjoy it. There are a couple of nice twists and turns that keeps the film pace moving along. Whilst a couple of them are pretty obvious, it’s done with a respectable amount of bravado that raises the film above the typical low budget horrors we have become accustomed too. Katie Cassidy is the better of the two lead female’s, and plays the broken victim on a retribution trail rather well.

The one key point that let’s this film down is that it’s marketed as a horror film, but when it comes time for the killing and violent scenes it seems that the film makers have decided to not include too much gore and blood. This feels like a mistake because a couple of times we were really wanting them to go all out. But they hold back and Kill For Me turns more into a thriller as it progresses, which is perfectly amicable, but since the film touts itself as a horror it felt like a let-down.

Kill For Me is an interesting film with the pace and tension kept tight. The female leads look and act sexy and know their roles in the film. The gore quota isn’t as much as possibly could be, but it’s a side track really. This is more of a revenge film about the battle of the sexes that runs perfectly fine and is a respectable watch.

In this article:Katie Cassidy, Kill For Me