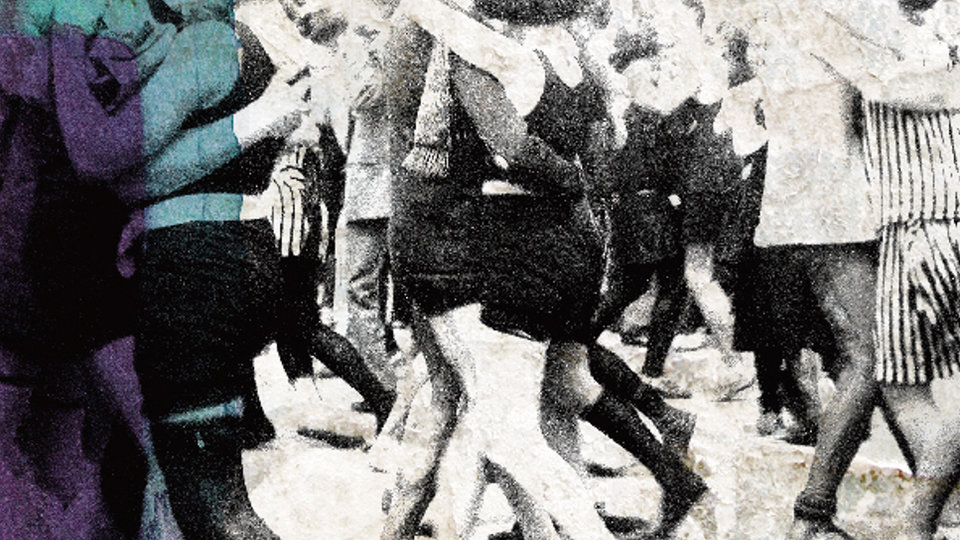 Dark Dark Horse is the new collaboration of Maybeshewill member and producer Jamie Ward and singer James Stafford. The band formed after a bleak winter European tour and is now releasing its new album Centuries.

The album starts off strong with the powerful sound of Sharks. The track is heavy on synths and is quite ear catching from the moment it starts with its big electro influences and great production. Once the chorus kicks off Sharks changes its beat and becomes instantly more atmospheric. Ethics kicks off where we left off however the track is mellower than its predecessor. The song has a few surprises down its sleeve including its upbeat chorus. Ethics becomes instantly more vibrant during its chorus and gives you the urge to dance. The vocals just add a bit of nostalgia to the already beautiful track as they do on others like In A Lifetime Before, which is more melodic and ballad-like.

Spit Out Regret is another melodic and mellow song on Centuries. The track is very romanticised by the piano and is quite pretty. The Sound Of Muscles That Have Frozen Closed is a mouthful to pronounce and is also one of the most dramatic tracks. The song is a little too polished and becomes a bit overbearing after a while.

Surprises on the album include the dark and melodic Tow Gestures. With its distorted vocals and deep organ type music the track gives the album a fresher sound.

Whilst The Sound Of Muscles That Have Frozen Closed is the longest title Mercury/Nevada makes up for it in length. The eight-minute track sounds more like a concerto than it does a single. We reckon its atmospheric sound will be appealing for remixes. Last but not least is the title track.

Centuries is a lovely album with some dreamy melodies and a very slick production. This is the kind of music we love to listen to when on a journey, it fills us with ideas of escapism and beautiful things.

In this article:Dark Dark Horse