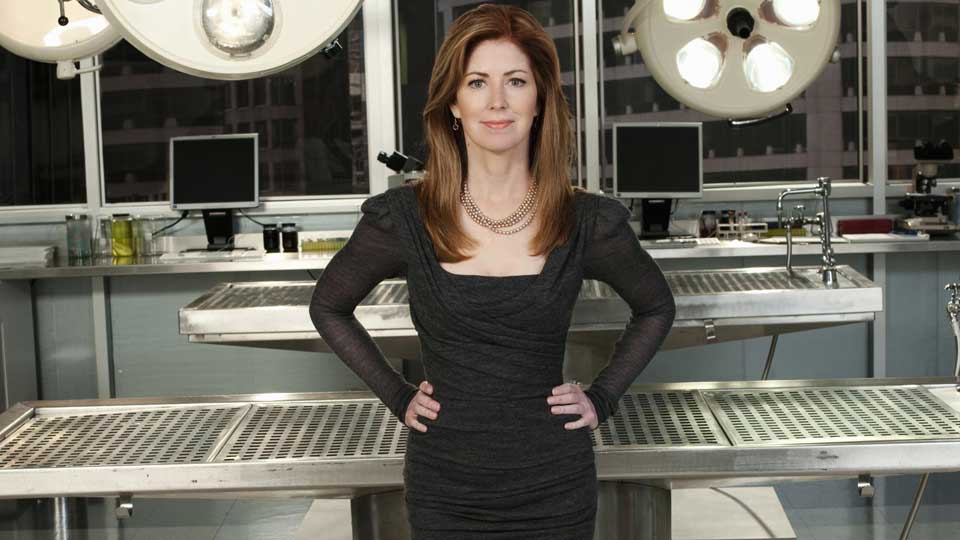 It’s the most cut-throat time of the year for TV shows as the US networks decide the fate of their shows making lots of cancellations and commissioning new shows to take their places.

Lots of our favourite shows got the chop this year but we were most surprised about the cancellation of Body of Proof. Despite solid ratings following a few format changes for the third season, the Dana Delany show found itself on the scrap heap.

Fans held out hope another network would pick the show up but sadly that hasn’t been the case and the show will end after the third season finale. We decided to put together our top 10 reasons why the show should be saved.

1. Megan Hunt is one of the best female lead characters we’ve seen in years. Feisty, confident and sexy we’re going to miss her on our screens every week. Plus Dana Delany is an incredible actress.

3. The darker stories in season three took the show outside of the usual procedural drama giving it plenty of thrills, chills and some unexpected twists.

4. Jeri Ryan. TV icon and a much underrated actress. We loved her as Kate Murphy and were a bit jealous when she got those love scenes with Ivan Sergei during season three. At the same time we were shouting ‘you go girl!’.

5. Parent drama. Megan had her fair share thanks to a difficult relationship with her mother Joan (Joanna Cassidy). Sure plenty of shows have this storyline but we actually cared about this one.

6. Megan’s chemistry with Tommy Sullivan (Mark Valley). Just as things were beginning to heat up the show gets cancelled. A good pairing for Megan and a better partner-in-crime than Peter (Nicholas Bishop) who was in the first two seasons.

7. Fantastic guest stars. Where else do you see Luke Perry recapturing his sexiness by spouting medical jargon and flirting with Megan?

8. Seriously good cliff-hangers. We loved the two-part season three opener Abducted which had us completely hooked. Another plus was former 24 star Annie Wersching as a seriously unhinged antagonist.

9. Megan always being right. Despite being accused of arrogance by her co-workers, it must be said that Megan was right much more than she was wrong. It’s good to see a strong female character who often gets it right.

10. We’re going to miss Megan turning up to crime scenes in unsuitable clothes. Obviously it’s more important for her to look fabulous then it is for her to be practical.

So there you go. Megan Hunt we salute you and will make sure you live on by repeatedly watching Body of Proof boxsets. If the networks have any sense they’ll find another show to put Dana Delany in as she’s got a hell of a lot of star power, and we love her.