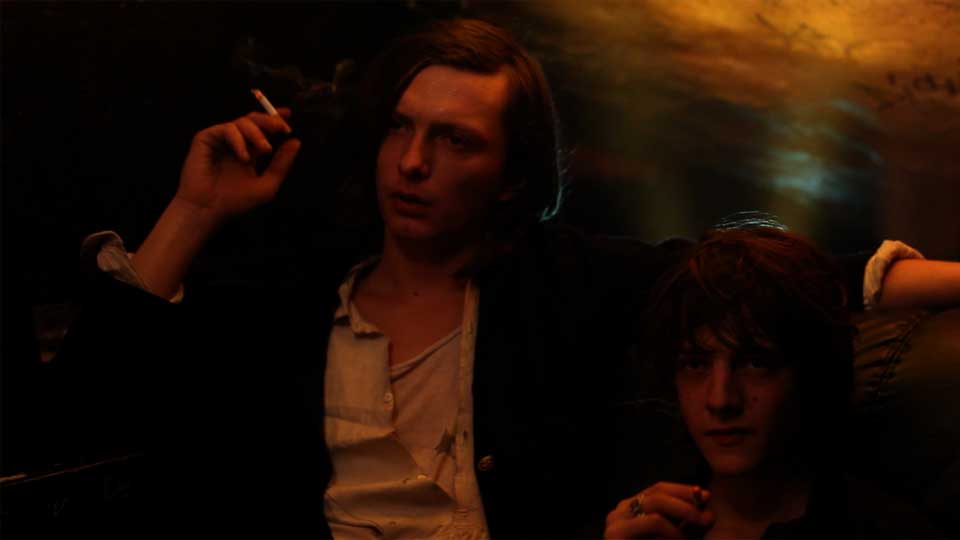 Victor (Eliott Paquet) and Rainer (Dominik Wojcik) are two teenage friends that decide to have a night out in Paris. Drifting from one place to the next, the friends encounter a variety of characters that lead them to question everything about themselves include their sexuality, desires and purpose. Whilst Rainer yearns to be with Victor, Victor is more interested in hitting on girls in the clubs they visit.

Atomic Age is a short yet odd film that feels more like you’re watching a dream than a cohesive movie. The plot is so thin the wind could blow it away but that’s not really the point. Director/writer Héléna Klotz’s aim appears to have been to capture the mood of the youth of today as lost souls that wander the streets with no purpose. In Victor and Rainer she’s created two seemingly intelligent yet overly brooding characters that exchange poetic lines to one another and question the meaning of everything.

At times the film feels completely incoherent with the two characters wandering aimlessly from one odd situation to another exchanging lines full of regret and woe. This does make the film feel a little pretentious at times and left us feeling a bit cold. There was no way to relate to these characters or what they are experiencing.

One thing that didn’t come to the fore, but bubbles under throughout, is that Rainer wants to be intimate with Victor. The feeling isn’t completely reciprocal but it’s never really explored either. Rainer mumbles lines about wanting to be a sailor that are full of double entendre but Victor doesn’t seem to have much of a reaction at all. There’s clearly something underlying with the two teenagers but Klotz never really defines or explains what that is.

Atomic Age is an odd film. At only 65 minutes it doesn’t outstay its welcome but it does feel a little too pretentious to be completely accessibly. The dream-like state is an effective style but the substance of the film never matches it. Atomic Age is trying to depict the disconnect and despair of today’s youth but we’re not completely convinced it achieves it.