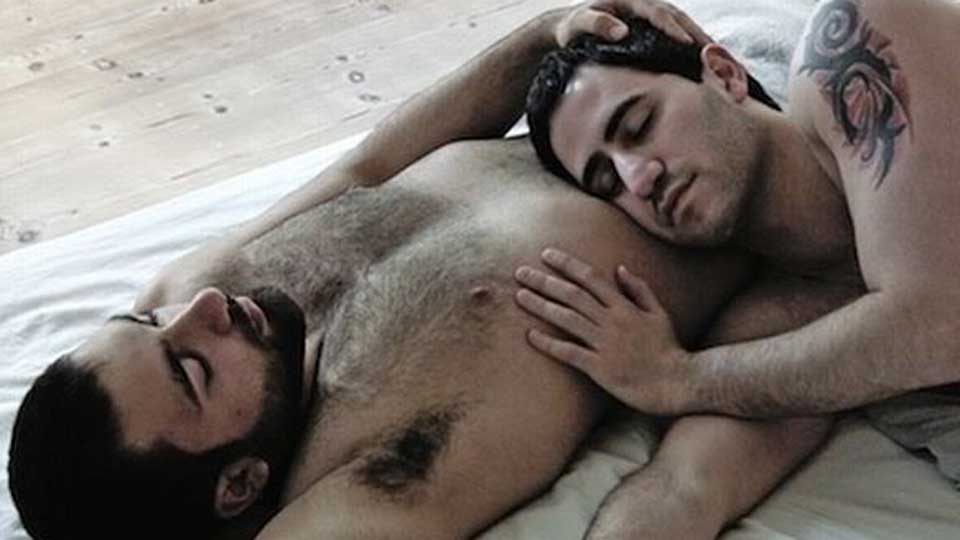 Cibrail (Sinan Hancili) leads a normal life holding down a job as a policeman and living with his girlfriend Christine (Martina Hesse). Seemingly having the picture perfect life, it’s all thrown into chaos when Christine’s cousin Marco (Engin Sert) comes to stay with them. The openly gay Marco stirs up feelings hidden deep within Cibrail and the two men find themselves drawn to one another. Desperate to keep their affair secret, Cibrail struggles to cope with his feelings or admit his true sexuality.

The Visitor is a film from writer/director Tor Iben that explores coming to terms with your sexuality and dealing with the pressures that come with it. Despite running at only 70 minutes the film feels too long because the story isn’t particularly fleshed out. We don’t really get to know much about any of the characters and their relationships are so under-written that it’s hard to care very much.

The main problem with The Visitor is the total lack of character development. Marco is never fleshed out more than an attractive and mysterious guest whilst Cibrail moves from his relationship with Christine to having sex with Marco without much in the way of conflict on his part. For a man that is supposed to be so firmly in the closet, his actions are incredibly careless.

There’s a whole set of issues that aren’t dealt with either. Cibrail’s Turkish background gives the perfect reason for a real emotional struggle but it never materialises. The conflict between his culture and his sexuality is never really explored and it feels like a missed opportunity. Instead actor Sinan Hancili is left to pull anguished expressions and look nervous; that’s about as far as his struggle seems to go in this movie.

The Visitor is a short and under-whelming movie. Coming out stories such as this need an emotional depth that this film just doesn’t have which is one of the reasons we just didn’t get on board with this movie. We didn’t feel anything for any of the characters and the events that take place just seem to happen with little in the way of rhyme or reason. A bit of development on the story, more rounded characters and an injection of emotion could have made this film into so much more.

Pip Ellwood-Hughes
Pip is the Editor of Entertainment Focus and the Managing Director of agency Piñata Media.
Previous article
You need Artillery in your life
Next article
Atomic Age DVD review