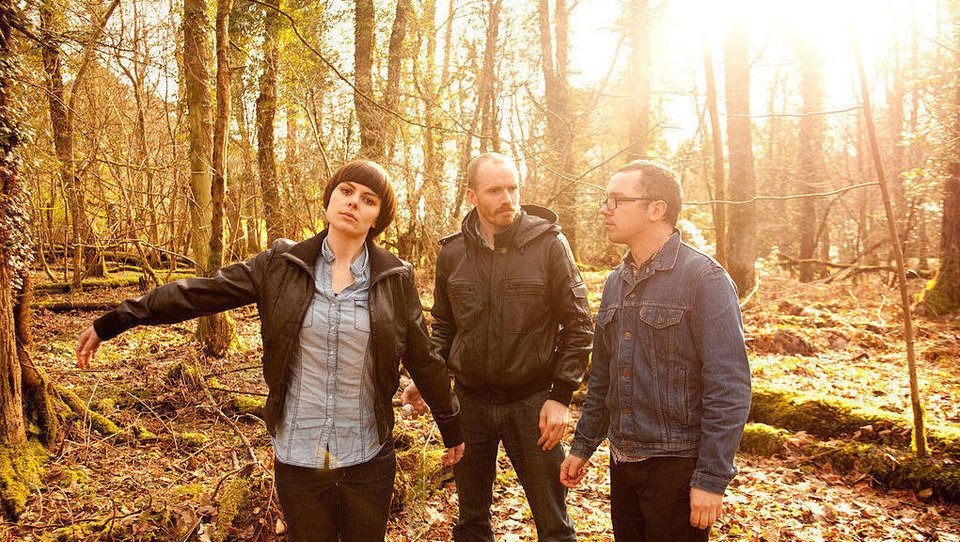 So, you’re sitting in your living room minding your own business; in a flash there’s a ten-tonne truck crashing through the wall heading straight for your face. Imagine this and you’ve more or less nailed the introduction to The Faster You Spin.

Less than ten seconds of childlike whimsical vocals in, the track is jolted into a raucous form of life in a crash of drums, abrasive bass and biting vocals that punch you square in the jaw. This Glasgow based trio certainly know how to make an impact.

Never ones to shy away from an opportunity for experimentation, this, the second single to be taken from Sparrow and The Workshop’s third studio album, Murderopolis, marks an exciting foray into a more rock-like terrain. Notable for their use of harmonies and bastardized instruments, the band have been likened to an array of acts at opposing ends of the spectrum including Talking Heads and Black Sabbath.

Leading a less than monogamous musical relationship, the band’s members often dabble in other projects yet still manage to reunite to make fascinatingly fresh songs. Staying faithful to one particular type of sound is certainly unexpected of the genre-defying group but, for now, Sparrow and The Workshop have hand crafted themselves one hell of a sound that more than suits their dynamic.

In this article:Murderopolis, Sparrow and the Workshop, The Faster You Spin single review