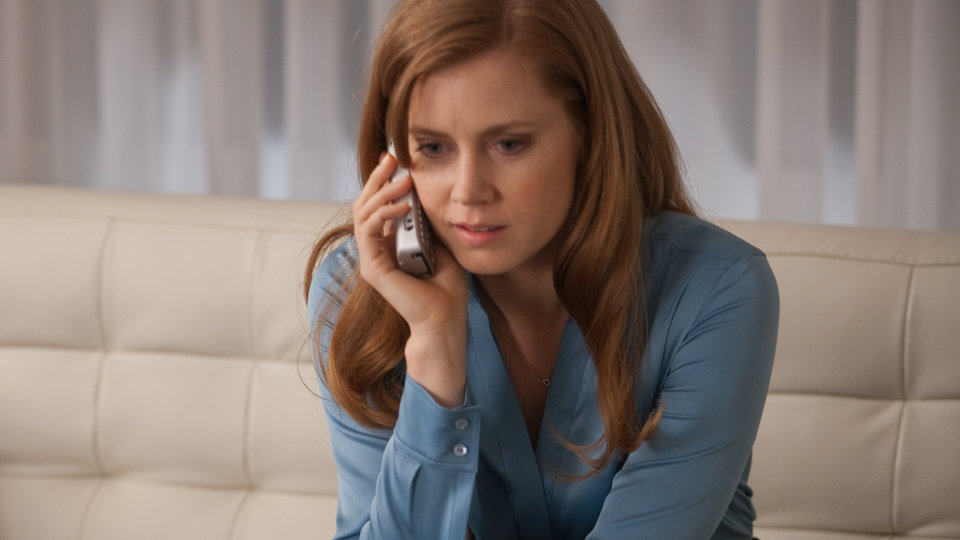 Amy Adams really is quite awesome. So to celebrate her brand new movie Trouble With The Curve hitting DVD this week, we look back at her career. With Man Of Steel on the horizon, Amy’s stock has never been higher so take a trip down memory lane to the very best the talented actress has to offer.

Born on August 20th, 1974 in Vicenza, Italy, Amy Lou is an American actress and singer who made her screen debut in the 1999 black comedy film Drop Dead Gorgeous alongside other stars to be Kirsten Dunst and Brittany Murphy. Her role in the low-budget independent film Junebug (2005), which was shot in a ridiculously short 21 days, was her big break. Her performance as Ashley Johnsten was named the 6th best performance of the decade in Paste Magazine’s 25 Best Movie Performances of the Decade.

The following year she was chosen from 300 actresses auditioning for the role of “Giselle” in the animated/live-action feature film, Enchanted (2007), which would prove to be her major break-through role. Her vivacious yet innocent portrayal allowed her to use her singing and dancing talents. Her performance garnered a Golden Globe Award nomination for Best Actress in a Motion Picture Musical or Comedy.

Adams next appeared in the major production, Charlie Wilson’s War (2007), and went on to act in the independent film, Sunshine Cleaning (2008), which premièred at the 2008 Sundance Film Festival. Her role as “Sister James” in Doubt (2008) brought her a second Academy Award nomination for Best Supporting Actress, as well as nominations for a Golden Globe, a Screen Actors Guild award, and a British Academy Film award.

Most recently she has starred in Trouble with the Curve alongside Academy award winner Clint Eastwood. In the film she plays his daughter and alongside Pete (John Goodman), goes on a trip to make sure he is okay.

Over Amy’s career, her character’s have said some unforgettable lines. Here’s a few of our favourites…

Leslie Miller: Ok… Hi… I’m Leslie Miller… and I’m signing up ’cause… oh… I always watch the pageants on TV and my boyfriend thinks I’ll win[cuts to Leslie and her boyfriend making out]

Ashley: You know, all I want in the whole world is for Johnny to love me like he did in high school.

Ashley: God loves you just the way you are. But He loves you too much to let you stay that way.

Mickey: You used to sneak me into places worse than this.

Trouble With The Curve

Anna: So, Declan O’Callhan and I should probably learn your middle name, here is my proposal; I propose we not make plans, I propose we give this thing a chance and let it work out how it works out. So what do you say, do you wanna not make plans with me?

Giselle: Oh, well, I wouldn’t worry about Pip. He is very brave. I remember this one time, when the poor wolf was being chased by Little Red Riding Hood around his grandmother’s house, and she had an axe… oh, and if Pip hadn’t been walking by to help I don’t know what would’ve happened!

Giselle: [after leaving the shower] Good morning, Robert. I hope you had wonderful dreams.

Sister James: [Exasperated] Well, I like Frosty the Snowman!

Rose Lorkowski: There’s not a lot that I am good at. But I’m good at getting guys to want me. Not date me, or marry me, but want me.

In this article:Amy Adams, Trouble With The Curve