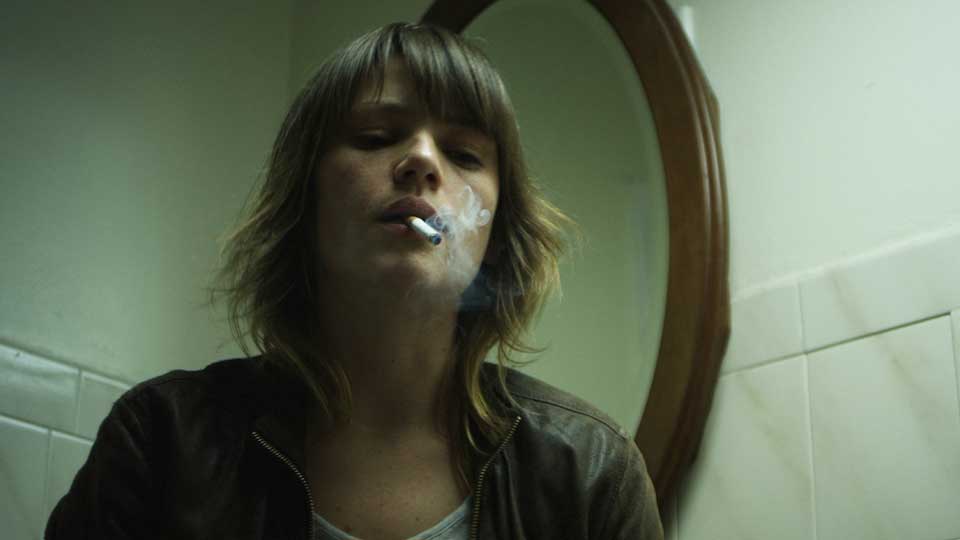 Paul Brawley (Will Rogers) is a gifted PhD candidate at Yale University who is in the midst of moving in with his girlfriend Jen (Rebecca Lawrence). Trying to write his dissertation as the couple unpacks, Paul discovers that he has lost his version of Little Dorrit by Charles Dickens which he had written his notes in. Feeling that he can’t complete his dissertation without it, Paul begins to track and book down and believes his former room-mate Nancy (Eleonore Hendricks) has it. As Nancy proves difficult to get hold of, Paul becomes more obsessed with retrieving the book putting his future and his relationship on the line.

Nancy, Please is a study of obsession exploring what can happen to a person when they become fixated on just one thing. For Paul it’s getting his book back which he feels is the most important thing in his life despite it seeming rather trivial to outsiders. His difficulty in getting hold of Nancy makes matters even worse with Paul concocting ways of getting the book back. The more it seems Nancy is refusing to give the book back, the angrier and more upset Paul becomes and he starts to hate her.

The entire story of Nancy, Please is told from the point-of-view of Paul. This means that the viewer gets left in the dark quite a lot as we only see things from one side. Listening to Paul’s words and seeing his interactions with Nancy make her seem like a wholly unreasonable and nasty person. There’s no real explanation of why relations between the two characters are so frosty and we don’t really get to understand much about Nancy or her background. There’s some slightly clumsy exposition in the final scenes but we still don’t really understand the history between the pair.

In terms of the performances the film really belongs to Will Rogers as Paul. He convinces with his depiction of a normal person becoming consumed by obsession and carries the majority of the film. Director, and co-writer, Andrew Semans gets a really good performance out of him and he emerges as the star of the film. It’s going to be interesting to see what he goes on to do as his intense performance here is magnificent.

Nancy, Please is a slow burning film that is more of a character study than a fully-rounded story. It’s an interesting premise and manages to keep your attention despite not very much of anything actually happening. The strong central performance of Will Rogers is reason enough to check the movie out and we predict a very bright future for him. Nancy, Please isn’t like any other film we’ve seen and for that we commend it. We do feel though that a bit more background in terms of Paul and Nancy’s history would have helped. Without it we feel more like an observer than someone who can fully engage with what’s happening onscreen.

Pip Ellwood-Hughes
Pip is the Editor of Entertainment Focus and the Managing Director of agency Piñata Media.
Previous article
Dr Who and the Daleks & Daleks’ Invasion Earth 2150 AD Blu-ray review
Next article
Sweet Amy – Trouble With The Curve