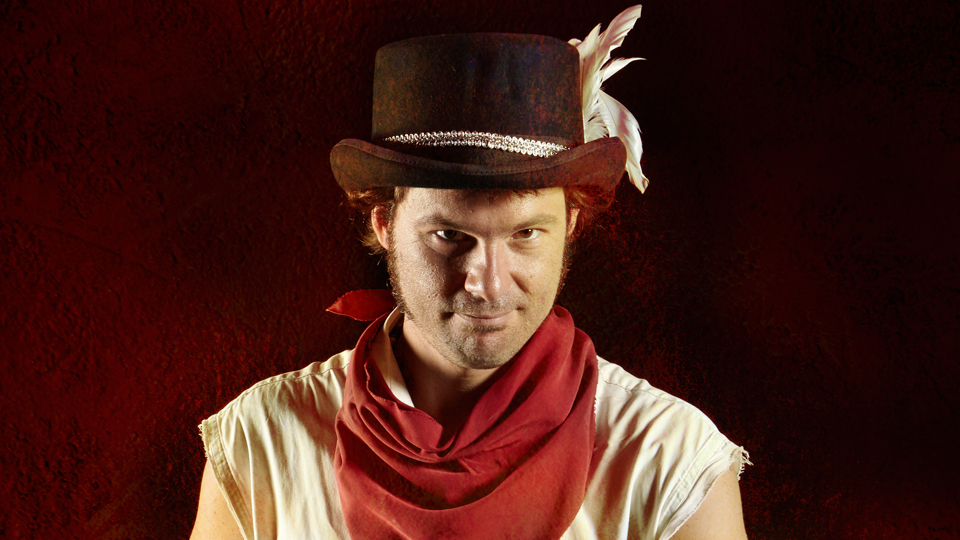 Following the success of last year’s Cantina at the London Wonderground, the creative team are back with a twisted take on old-school circus revelry.

Set in a fantastic 1920s-styled Spiegeltent (a wood and canvas travelling tent) Limbo is based on and around a tiny stage, only 3.6m in diameter. The audience is circled around the podium with the closest seats literally inches from the action. This creates an intimate and inclusive atmosphere and adds to the danger and excitement.

The unusual band, led by New York muso Sxip Shirey, kicks off proceedings with a specially-created genre of music which is difficult to describe as it ranges from odd, undulating bass lines to joyful brass-led moments. All manner of ‘instruments’ are used – tubas, megaphones and glass bowls are blown, shouted through and struck to create an atmospheric soundtrack like no other.

The edgy entertainment is filled with skilled, multi-talented performers who swallow swords, breathe fire and defy gravity to provide a heady mix of the weird and wonderful. Causing jaws to drop is contortionist Jonathan Nosan who bends so far in two, you’re waiting for the ‘snap’ while Danik Abishev leaps from pole to pole with breath-taking precision and strength. Other performers scale poles in seconds before beat-boxing with the band – this cast certainly doesn’t rest on its laurels.

With few lulls, the production is tightly packed and constantly surprising, making full use of the confined tent space. Action is taken to new heights, literally, as the cast fly precariously above the audience in one of the many stand-out moments.

You may have already seen many of the skills on show but this makes them no less thrilling and they are all presented with a flourish whether it be a touch of burlesque or some old-fashioned magic. The lighting also adds to the drama, perfectly executed at every stage.

The light narrative thread and motifs are pretty much unnecessary; this show is all about the talent.