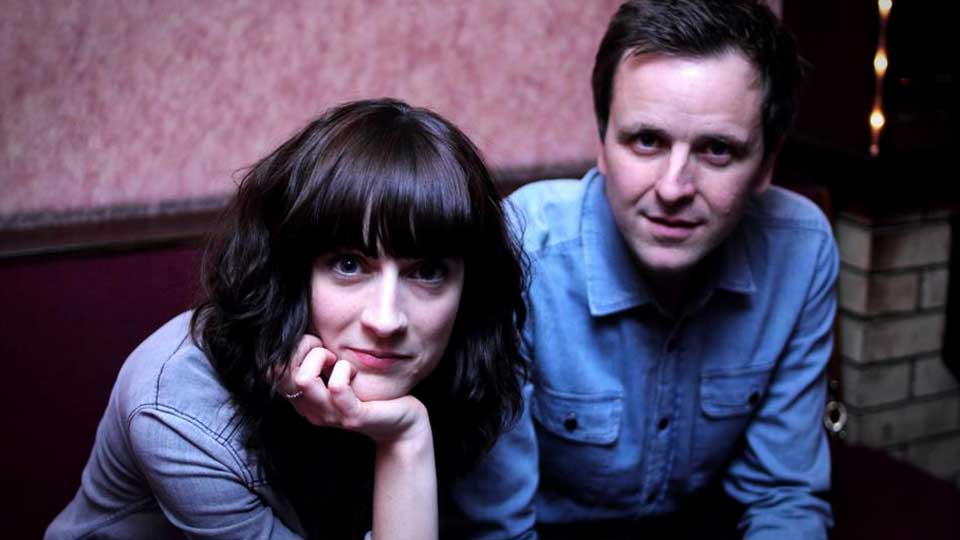 Little Letters is the third album released by Paper Aeroplanes. The Welsh duo of Sarah Howells and Richard Llewellyn have been making serious waves around the UK, touring constantly since getting together in 2009 and have become one of the most talked about up-and-coming bands around. Last year alone, they played over one hundred shows, selling out venues across the UK and performing at a host of prominent music festivals. Musically, they are inspired by the likes of Bjork, Jeff Buckley and Everything but the Girl.

Little Letters is a step away form their previous two albums, with more of a full band feel that nevertheless maintains the duo’s talent for catchy and folk-tinged songs. Their songs are stories, which are inspired by their rural upbringings and the emotional extremes of past loves and friendships. “We’re constantly inspired by our home towns and the stark, coastal imagery of the wild west”, says Howells. “This album is about personal experiences in relationships and the inner, mostly hidden lives of people, as opposed to what you see on the surface. My main aim when writing is to express something that I would normally find hard to put into words. It’s definitely a cathartic process.”

When The Windows Shook is the opening track and a song that was written due to the tragedies experienced in and around Sarah’s industrial hometown of Milford Haven. The lyrics sum up everything that she felt and her feelings on such tragedies such as the 1996 Sea Empress Oil Disaster and the 1994 explosion at one of the local oil refineries. Kudos to them for deciding to write a song about the topic. It will touch the hearts of anyone affected by it and bring an understanding to those that it did not directly affect.

Sleeper Train was written while Sarah was travelling from Xi’an to Bejing in China and is about falling for a friend in the UK via text message. We can’t say that this is something that we’ve experienced! We guess that words can be powerful if used in the right way! The song is quite mellow and easy-listening, although it has an almost sense of sending you to sleep after a few listens, this could be a good or bad thing. Good if you are in a chill out mood, not so good if you want to get the party started! Multiple Love and Circus are the most honest songs on the album. Circus is about making music for a living and the frustration that come with it. Multiple Love is about waiting for the right person and not just making do with whoever happens to come along! It was meant to be written as an anthem for single people, but the sound is melancholy and is more downbeat, which Howells agrees with. “I think the song is maybe tinged with a little too much sadness”.

The only thing about this album, is that although the subject matter of the songs are very different and ‘little letters’ of storytelling, the overall sound of the songs are all pretty much the same and they are quite downbeat. You could pick up one of the songs and then listen to another song further down the album which sounds exactly the same as it. What we would have liked to have had was a lot more variation in sound and to add songs that had a different tempo and to add some up-beat moments, as there really are a lot of slow and dreary moments. The album nevertheless is very well written lyrically and the vocals are great, but the actual music to it doesn’t float our boat too much, unfortunately. But it you love music that has depth and great storytelling lyrics, then this album is for you and let’s face it, there’s not that many people who are writing with such originality at the moment, are there? Therefore – Paper Aeroplanes, top marks for lyrical and vocal content, not so much for the same-vibe of musical style throughout the album.

In this article:Little Letters, Paper Aeroplanes