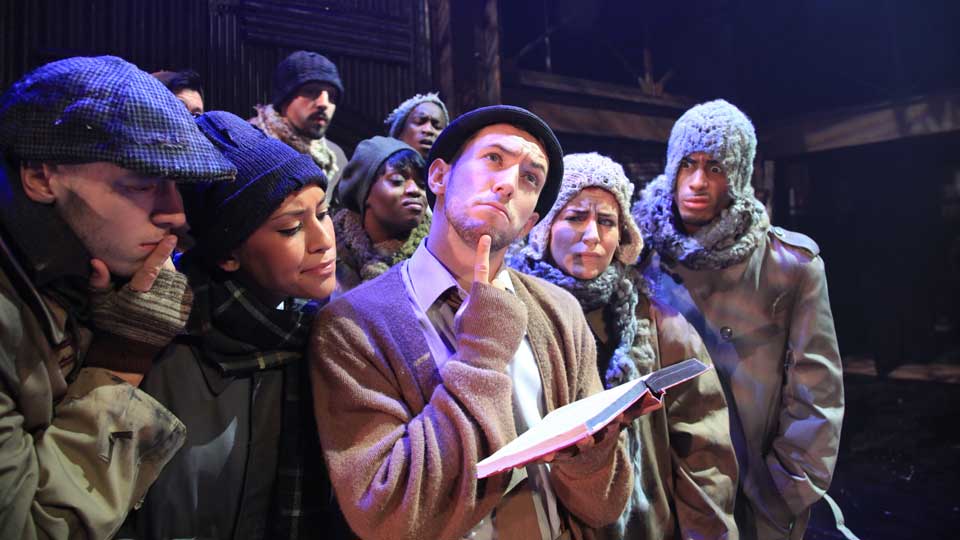 Returning to Sadler’s Wells for the third time, dance musical Some Like It Hip Hop is a five-star stunner, unlike anything else on the West End stage.

The original musical, which premiered in 2011, is set in a dark dystopia where women are forced to live on the streets and the sunlight is controlled by a violent dictator. Despite the setting, the narrative is far from depressing – taking cross-dressing cues from Shakespeare’s Twelfth Night and Hollywood classic Some Like It Hot, two homeless women drag up and successfully infiltrate the all-male society, causing scenes of mistaken identity, farcical cover-ups and forbidden love.

Written, choreographed and directed by Kate Prince, this is a dance show unlike anything else I have seen. It brims full with unique choreography, razor-sharp performances and talent beyond measure. The stage houses the hardest-working cast in theatre – body-popping, locking and flipping with unrivalled panache. But these dancers can also act, moving the show into a league of its own. Teneisha Bonner is at turns hilarious and heart-breaking and the way she moves is simply super-human. She has grace, intensity and a crowd-pleasing wit, especially as she swaggers around the stage trying to pass as one of the boys.

Bonner aside it’s difficult to single out the performers as there really is no weak link on show. Every dancer deserves praise but special mentions go to gravity-defying Tommy Franzen and Duwane Taylor for his intense and powerful portrayal of Governor Okeke.

The original score by DJ Walde and Josh Cohen is infectious and features a clutch of memorable songs which drive the story, although not all of the tracks quite hit the mark. The five soulful singers, backed by a beat-boxing narrator, are a fantastic addition and complement the dance perfectly.

Thanks to the dazzling visuals and emotional heart, Some Like It Hip Hop is one of those rare productions which spans generations with the theatre full of wide-eyed spectators from 7-70. Despite sounding clichéd, there is something for everyone here.

A truly-original show with a pulsating, powerful energy – this is one not to be missed!