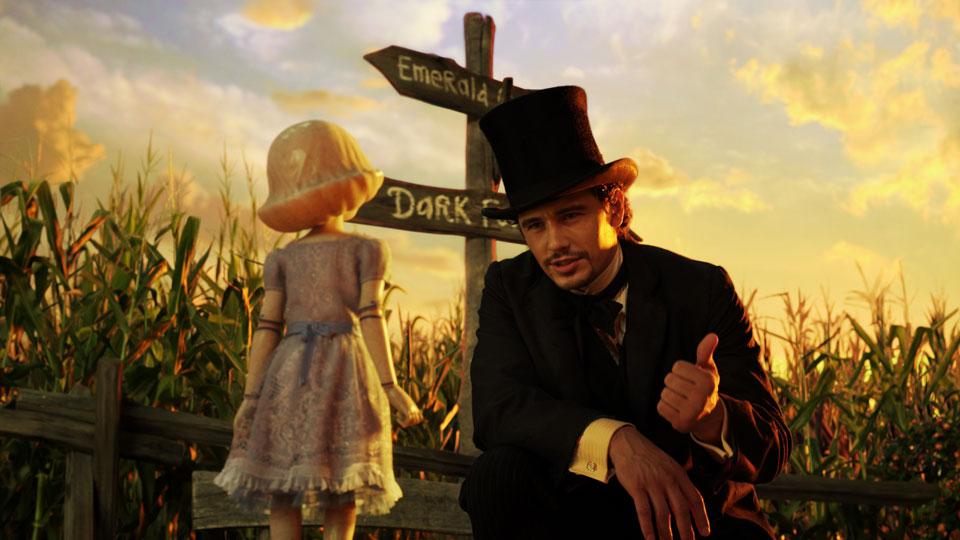 Disney’s Oz the Great and Powerful is soon to be released and Disney are giving audiences multiple ways to buy and view the film at home. The film, based on the works of Frank L. Baum, was a box-office hit despite legal and casting complications during it’s production.

Disney’s venture in to Baum’s world features Sam Raimi directing an all-star cast including James Franco, Mila Kunis, Rachel Weisz, Zach Braff and Michelle Williams. Although it has no legal ties as a prequel to The Wizard of Oz, the film plays homage to the 1939 classic.

The blu-ray version of Oz the Great and Powerful will feature bonus featurettes about set design, visual affects, make-up design, Walt Disney’s fascination of Baum’s novels and James Franco’s journey whilst filming. Both the blu-ray and DVD versions will feature a blooper reel.

Oz the Great and Powerful is available on DVD, Blu-ray, 3D Blu-ray and digital download from July 1st 2013.

In this article:Disney, James Franco, Oz The Great And Powerful