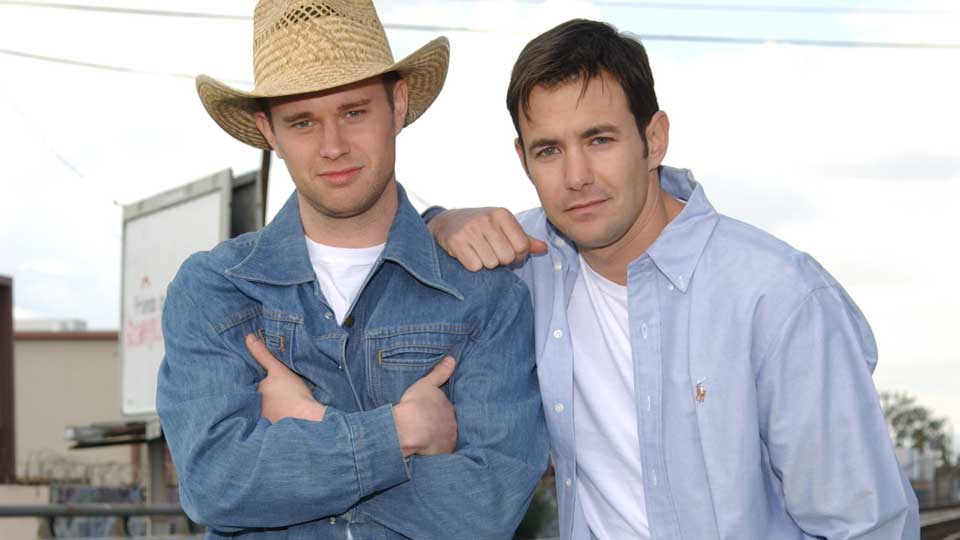 Celluloid Closet aims to bring you the best in gay cinema from over the years and we love to be able to share a hidden gem with you. Following last month’s weird and wacky 20 Centimetres we’re moving back to comedy/drama territory with 2002 classic The Trip. You’d be forgiven for thinking it was going to be a bit rubbish from the cover art but to dismiss it would be a complete and utter mistake.

The Trip is a timeless tale that takes place over an 11-year period focusing on central characters Alan (Larry Sullivan) and Tommy (Steve Braun). 24-year old closeted Conservative Alan meets 19-year-old gay rights activist Tommy at a party in 1973. The film follows the ups-and-downs of their relationship as Alan’s struggle to align his sexuality with his political beliefs drives a wedge between him and Tommy.

One of the reasons we love The Trip, and will add it to our rewatch list regularly, is that the film avoids clichés and is a genuinely entertaining 95 minutes. The depiction of Alan and Tommy’s burgeoning relationship at the start of the movie feels true to the time in which it is set. They are also not depicted in the clichéd way that one half of a gay couple must be camp and outrageous. Both men are manly and being gay is part of who they are rather than defining them.

There is a real sense of heart in The Trip. You genuinely care about Alan and Tommy’s relationship and you feel the same as they feel as their relationship has its ups and downs. On the one hand you can sympathise with Alan’s struggle but at the same time you wish he could be as free-minded and open-spirited as Tommy. The film’s final act which is ‘the trip’ of the title is surprisingly emotional and we didn’t expect it to leave such a lasting impression.

The dynamic and chemistry of the lead actors Larry Sullivan and Steve Braun is what makes the film so wonderful. Sullivan is simply adorable as Alan stealing many scenes in the movie and ultimately our hearts. There’s a wonderful scene where he’s dancing on a deserted road to entertain Tommy and we totally fell in love with him at that point. Braun on the other hand brings more weight than you’d necessarily expect to the character of Tommy. Despite looking like a teen stoner, Tommy is a stronger and more intelligent character than you think he’s going to be when you first meet him.

Writer/director Miles Swain crafts a wonderful story with The Trip. He deserves every credit for the strong story, engaging dialogue and believable characters.  He should also be commended for his two lead actors’ performances and the casting of Alexis Arquette, comedienne Julie Bowen and Bond girl Jill St. John.

The Trip is one of those films that you grow fonder of with every viewing. From the moment the credits rolled we knew we’d be watching it for years to come. As sweet as it is emotional, The Trip blends comedy, drama, sexuality and politics admirably crafting the perfect gay movie. If you haven’t seen it we recommend you check it out. We promise you that you’ll love it as much as we do.

The Trip is available on DVD through TLA Releasing.

Check out our interview with star Larry Sullivan as he recalls his time filming The Trip.