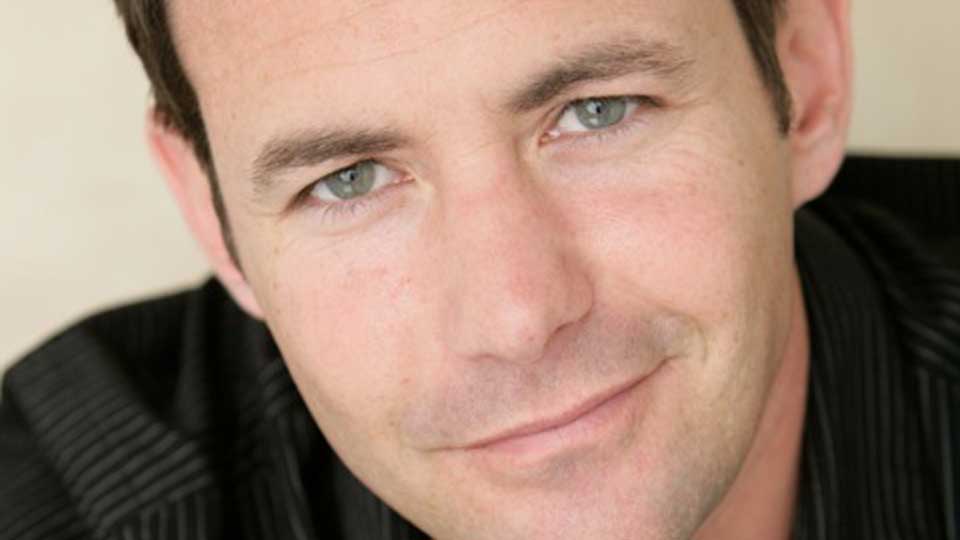 Larry Sullivan is an actor that has built an impressive career for himself with an ever-growing list of credentials to his name.

Over his career so far he’s starred in hit shows such as CSI, Castle, 24 and Grey’s Anatomy to name a few. The role that first brought him to our attention was the adorable, funny and emotive 2002 movie The Trip.

We’re revisiting The Trip in our Celluloud Closet section this month and Larry kindly agreed to speak to us about the movie as well as his career. In our interview we talk to him about his memories of the movie and find out how he got involved with the project.

I’m great, thanks!   I’m in Los Angeles.  Actually, just got back from walking my dog.

We’re featuring The Trip in our Celluloid Closet collection. Tell us a bit about the film.

We shot the film back in 2001.  I recently attended an OutFest screening in Beverly Hills hosted by James Duke Mason, Belinda Carlisle’s son.   He invited a few of us involved with the film to attend and do a Q&A.   I hadn’t seen it in about 10 years.  It’s pretty wild how timely a lot of the film is considering the current arguments before The Supreme Court.   I mean, just to see the real footage incorporated in the film of the struggle for LGBT rights and how far things have come.  It’s an honor to have been a part of a film that moves and inspires people as much as it does.  Never did I think when shooting it that so many years later, it would be making a difference in people’s lives.  That’s really special to me.

You played Alan in the movie. What should people know about the character?

Alan is a closeted Republican.  He has a good heart but makes some not so wise choices until he finally comes to accept himself.  Does that give too much away?  I guess anyone who watches would probably guess that’s gonna happen!  HA!

In the movie you have a great chemistry with co-star Steve Braun. What was the dynamic like on-set between the two of you?

Thanks!  Steve is a really great guy.  Completely comfortable with who he is so there was never any resistance to anything.  He’s a great actor and a total professional.  He and I talked and were both on the same page in that it was important to us that our two characters be “two regular guys who just happen to be in love.” There’s a lot of craziness happening around us in the film but we wanted to try to remain as grounded as possible in our relationship, Tommy and Alan’s relationship.  It’s the only way the audience would care about these two people.  Hopefully, we accomplished that.

What first attracted you to The Trip? Why did you want to get involved with the movie?

If I’m being completely honest, I was sent the audition by my agents and went.  I’m not “a name” and was even lesser known back then.  It was one of my first leading roles in a movie.  I liked the positive message of the film.

How did you get involved with The Trip?

I guess I answered this one above.  HA!  I went in for the audition, was called back and read with a couple of guys.  One of them was Steve Braun who ended up playing Tommy.

What kind of impact did The Trip have on your career?

I’m not sure it had an impact on my career, business-wise.  I mean, there are certainly people in the Industry who have seen it and know of my work in it but I’m not aware of it having led to other projects.  I think it had more of an impact on me personally, actually.  The response from people…the e-mails and letters and tweets that I receive to this very day, 12 years after we shot the film, are so amazing.  The fact that it inspired James Duke Mason to feel empowered to come out at such a young age and become an LGBT activist and work to make others’ lives better, that’s just incredible.  I’ve received messages from people saying they’d given up hope of finding true love but after seeing the film, their hope was restored.  It’s things like that which make being a part of the film so worthwhile.

You’ve got a very impressive CV and have starred on some of the biggest shows on TV including Dexter, Grey’s Anatomy and CSI. What has been your favourite role to date and why?

Thank you.  Very grateful to have had the opportunities I’ve had.   I did an episode of Will & Grace, not long after shooting The Trip.  That’s one of my favorites for sure.  It was just so much fun working with such a talented cast and shooting in front of a live audience was like doing theatre at the same time.

As an actor what do you look for when picking new projects?

I like to be a part of projects that further the causes I’m passionate about.  I’m also very grateful that I get to do what I love for a living.

Outside of your acting work you do a lot for various charitable causes. How important is your charity work to you?

What have you got coming up next?

In May, I have a few things airing…an episode of Modern Family, an episode of Revenge, and an episode of Body Of Proof.   Most important of all, I’ll be continuing to try to be a good dad to my son.

The Trip is available on DVD through TLA Releasing now. You can keep up-to-date with Larry by following him on Twitter @LarrySullivan and visiting his website www.larrysullivan.net

In this article:Larry Sullivan, The Trip, TLA Releasing