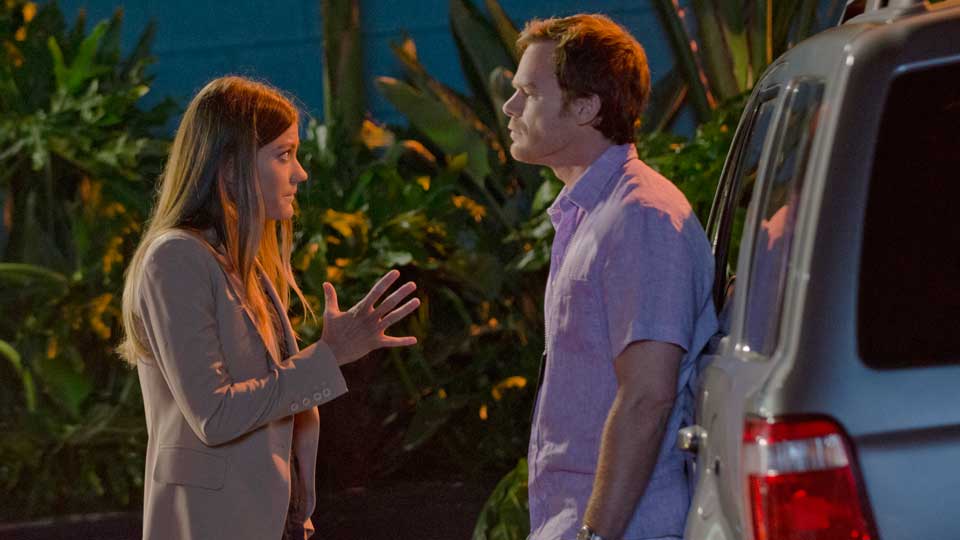 Dexter returns to Blu-ray and DVD when the seventh season of the hit Showtime show is released on 3rd June.

The penultimate season of the show finds Dexter (Michael C. Hall) having to finally tell his sister Debs (Jennifer Carpenter) the truth about his double life. At the end of season six Debs caught Dexter killing Travis (Colin Hanks) leaving viewers gripped as to what would happen next.

Detective LaGuerta (Lauren Velez) also starts to suspect that Dexter may be the Bay Harbor Butcher threatening to expose him to everyone. Can he throw her off track?

Guest stars for the seventh season include Ray Stevenson and Yvonne Strahovski.

Check out the DVD cover art below: