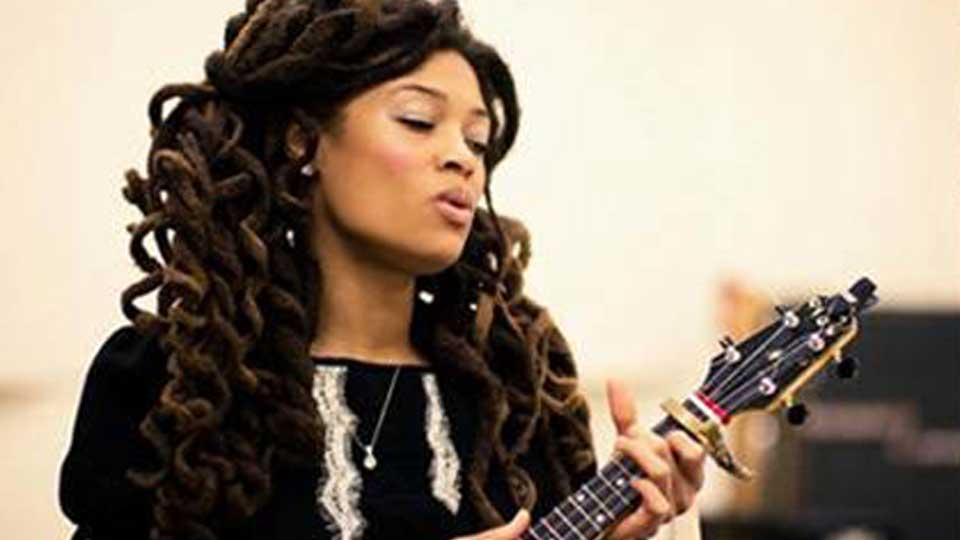 Valerie June is a self-taught singer, musician and songwriter. Her vocals are bluesy, soulful and rich. When you listen to Valerie June, you could be forgiven for thinking that you have picked up an old album that was released decades ago, she has a timeless quality, yet she is still current and cool enough to keep up with her contemporaries. We were blown away when we heard Valerie’s single Working Woman Blues last year, which is the first song on the album. Valerie gave a stunning version of this on Jools Holland, where she wowed the audience and brought her to the attention of UK music lovers.

Valerie has teamed up with a whole host of acclaimed music writers on the album, such as Dan Auerbach (multi-Grammy winner for The Black Keys) and Kevin Augunas (Edward Sharper & The Magenetic Zeros, Florence & The Machine). Of her experience of working in Dab’s Easy Eye Studio in Nashville, Valerie states: “It was like a candy store of instruments and tape machines. He must have been collecting this stuff for years, old microphones lined up like an army, all kinds f banjos and mandolins. That’s one of the reasons I wanted to work with them. It’s no surprise to me they’re ably to recreate that vintage sound from the 60s and 70s because of their equipment and their knowledge of how to use it.’ The album also features another Grammy award winner in the shape of legendary Booker T. Jones.

There are a whole host of lovely, charismatic and warm songs on the album. You stick the songs on and its like she gives you a warm hug with her voice. Her voice is welcoming, inviting, makes you smile and makes you want to listen to her singing for hours on end. Wanna Be On Your Mind has a playful theme, when the echoes of a girl’s voice surrounds her chorus, which makes it sound like a sing-a-long for people of all ages, it has a child-like playful nature to the song and sounds like something you might hear in the park, as an exchange between a young sister singing with her older sister when you hear the echo surrounding the chorus. Bluegrass, country and the deep south are conjured up when you head songs such as Tennessee Time and Pushin’ Against A Stone and her voice is a joy to listen to and has that drawl that is associated with the genre, but with a more soulful edge to it, it’s a very unique sound.

Trials, Troubles, Tribulations is another stand-out and stunning song, which shows her rootsy vocals off to perfection. On My Way has some gorgeous instrumentation in it and we could happily listen to the song over and over again. Every song on the album is quite honestly strong enough to be released as a single. The album shows that Valerie has what it takes to take her music across the world and we want the world to take a listen to her album, because its full of gorgeous songs, with soft melodies and an almost relaxing aura about them, but full of heart and soul. Valerie has the passion and talent and maturity in her voice, of artists from decades past, but had the modern day feel to them and youthful nature that brings her up to the current day. She is completely different to most of the female artists in the music industry today. Valerie will be performing at some live shows across the UK this month and it would be a shame for you to miss her! If you love singer/songwriters, those that could quite happily fill up an entire arena with just them and their guitar, then get on down. We’re sure that Valerie’s live shows would feature an amazing band and team to support her and we’d love to listen to her singing live.

In this article:Pushin' Against A Stone, Valerie June