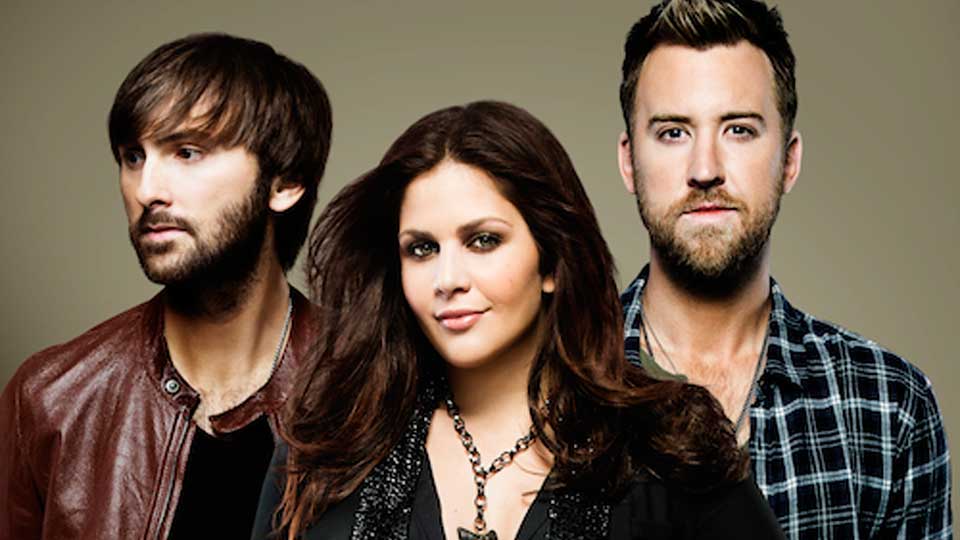 Lady Antebellum are one of the few country acts to have made a significant impact on the charts in the UK over the past few years. Their 2010 album Need You Now landed inside the UK top 10 achieving platinum status. The title track, and lead single, has been the band’s highest charting UK single peaking at number 15. 2011’s Own The Night gave the band their highest UK album chart peak when it debuted at 4 going on to achieve gold status. Now the band is back with new album Golden.

Golden is the band’s fourth studio album and the follow up to their 2012 festive collection On This Winter’s Night. A few listens through Golden reconfirms the slight problem we have with Lady Antebellum. Whilst they’ve undeniably had some catchy songs, most notably Need You Now, there’s something lacking from their output. The feel for Golden is that of mid-tempo and it’s hard to pick an obvious hit from the 12 tracks.

The album opens with the gentle mid-tempo of Get To Me featuring Hillary Scott on lead vocals. You notice instantly with this track, and every other on the album, that Lady Antebellum are moving away from their country roots in exchange for a more pop/radio-friendly sound. This is clearly a move to ensure that their crossover appeal remains but it leaves you feeling a little bit neither here nor there with the album. The songs are decent enough but once the record finishes we struggled to recall any of the melodies or lyrics.

Lead single Downtown is one of the more country tracks and one of the better songs on the record. It’s feisty and the group harmonises well. It’s just a shame there aren’t more songs in this vein. Nothin’ Like The First Time is a pleasant enough ditty but doesn’t really grab you whilst Can’t Stand The Rain lacks a unique sound that you could clearly identify as belonging to Lady Antebellum.

The stronger tracks on the album are title track Golden which moves away from the middle-of-the-road polish given to many of the tracks. All For Love feels like the album’s most likely single thanks to the soaring chorus and strong vocals of Charles Kelley.

Part of the problem with Lady Antebellum is that whilst they are clearly talented, their vocals just don’t compare to some of the bigger country artists. Hillary Scott has a decent voice but she lacks the power of say Carrie Underwood or the charm of country newcomer Kacey Musgraves. Charles Kelley provides the strongest vocals in the group and the moments where he takes the lead are some of the stronger on the album.

Golden is a disappointment. Whilst we’ve enjoyed a handful of Lady Antebellum’s previous songs, and we loved their festive record, this one lacks personality and a distinct identity. The songs here could be sung by a number of country stars and if they came on the radio we’d struggle to tell you who the artist was. It’s a shame as the three members of Lady Antebellum are clearly talented but the production here is so bland that their sound has been lost in the process.