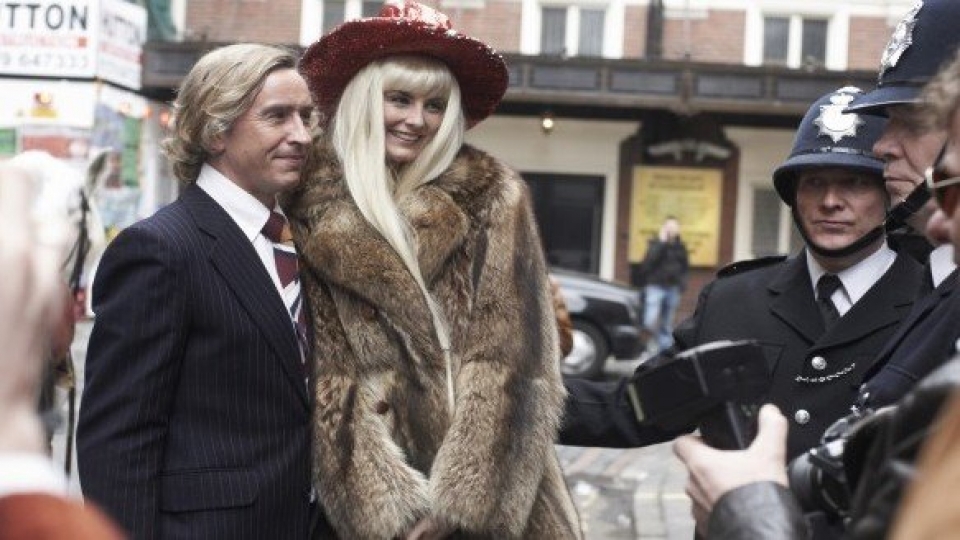 Paul Raymond (Steve Coogan – 24 Hour Party People) is a northern boy done good in England’s capital city, via his vast empire of adult magazines and his collection of strip clubs in the heart of London’s Soho district. Whilst Raymond is having the time of his life externally, internally his life has many problems. His ex-wife Jean (Anna Friel), his Daughter Debbie (Imogen Poots) and his constant revolving door of beautiful, willing women all threaten to destroy his empire and his sanity.

The Look Of Love sees Steve Coogan reunite with director Michael Winterbottom for the fourth time, for this biopic of an intriguing character that most would feel is a pornographer. Yet the director tries to show us a different side to the story. That’s not to say we don’t see Raymond living life to the max during the 70’s/80’s – his constant trawling of women is all rather seedy and lecherous for example.

He certainly had a way with words, especially when these beautiful women all fall for his charms, and even his wife Jean is initially open to this arrangement. But then she decides enough is enough and leaves Paul, and that’s where the film does really well. He always held a candle for Jean throughout his life, and this shows especially when she re-enters his life to help on the magazine.

The main storyline revolves around Paul and his daughter Debbie; they very much have a loving relationship where Paul would do anything for her. But it seems that she struggles with life in the fast lane and we start to see her demise become even greater than Paul could have ever imagined.

Steve Coogan will always be Alan Partridge, so it’s tough for him to break out of that shadow. However, he makes a perfectly amicable Paul Raymond. There are still touches of Partridge in there, but that’s more to do with Raymond’s demeanour than Coogan’s acting. This film shows that Coogan can do serious when required, very much the touching scenes between him and Imogen Poots which are rather heartbreaking and did keep us interested.

Anna Friel also stands high here – her role as Paul’s first wife is one of her finest. The shouting matches are very heated and in the face, so much so that we felt we were the third wheel in a proper argument.

The Look Of Love shows a period of time that is very alien to a lot of people in the internet age, yet the film works quite nicely as a biopic for a man who rose to fame on the back of nudity. However, we wanted to see more about what makes The King Of Soho tick, rather than him bed a series of beautiful women. A good but forgettable effort.

In this article:Steve Coogan, The Look Of Love