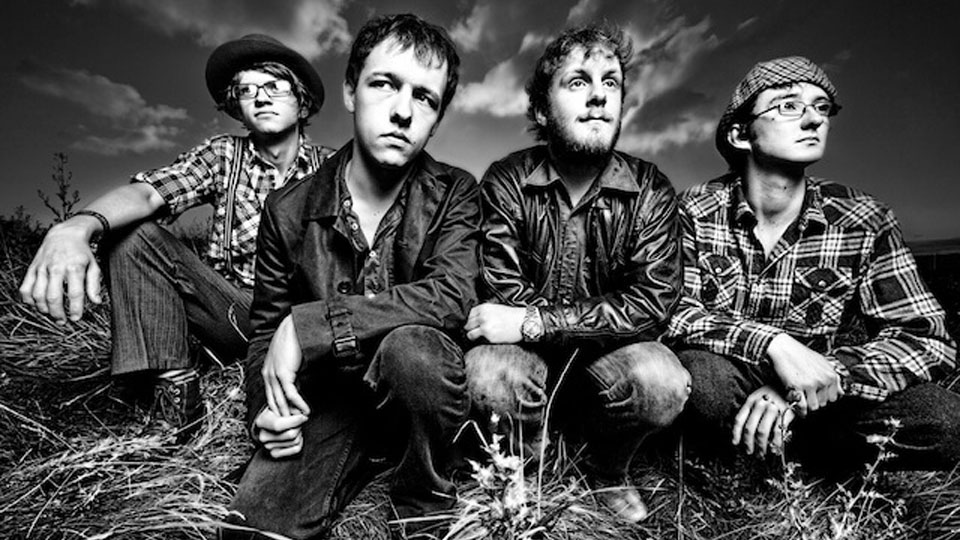 Maia is a band filled with love for folk, Talking Heads and David Bowie. The band’s music mixes eclectic styles and follows no song structures. Second album Pepper Stars was released late last year and when we heard that the band was playing in London we couldn’t resist going along.

We’ve never been to the Green Note; the little pub sits comfortably in Camden and what the place lacks in size it makes up for in intimacy. So there we were with possibly another twenty people waiting for Maia to get on stage (a corner in the room).

Maia got on stage shortly after ten and started their set with Where Else But Earh and quickly the soothing melodies and eccentric little sounds travelled across the room to the crowd’s amazement. The band seemed comfortable on stage and the music flowed organically.

A lot of the music felt summery and perfect for festivals like The Boy, a story of growing up or Living In The Alligator. We enjoyed the tongue and cheek lyrics that perhaps didn’t always mean something but the music was always fun and light. A trumpet added a new level to the band’s music whilst a bongo took us back to the band’s beginnings with tracks like the breezy In The Spring Time.

The band ended its set with an encore, which included the ever so mysterious Dear iO.

We enjoyed our evening with Maia. This posh band delivered an enjoyable set filled with interesting moments. We can’t say we were overwhelmed by the band’s performance but we are interested in seeing where they’ll take things next.