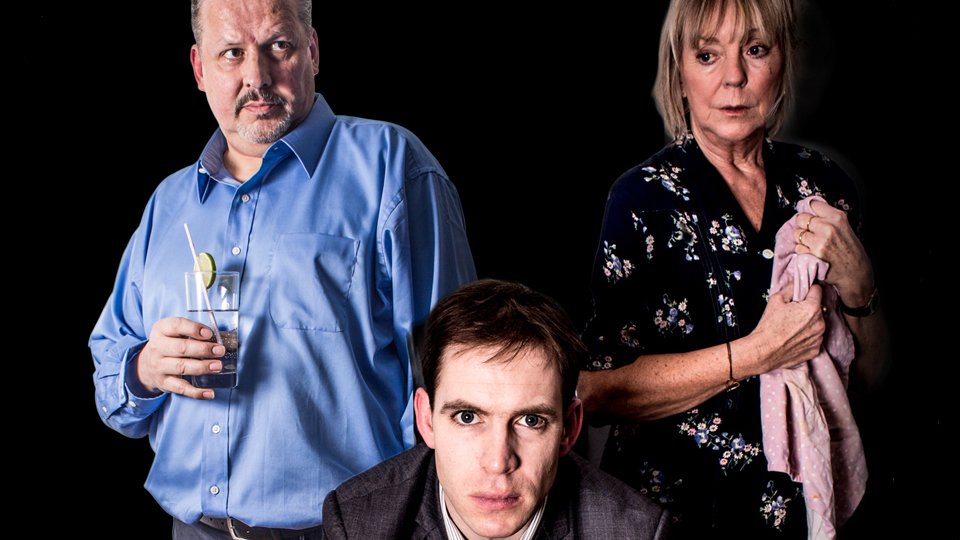 The street and road names of LA, familiar to UK audiences from American films and TV, hold a certain romanticism. This is neatly inversed in the first monologue, in which Robin Holden (whom we’ve seen a few times, most recently as the lead in Oedipus) plays a weary travelling salesman who is sick to death of traffic jams on the freeway. Sighting a young woman he takes an instant liking to (he doesn’t just want to screw her, he wants to talk to her and marry her too) he drives out of his way each day to forge contact with her. But will a date with her really be the answer to his prayers?

Holden’s performance is suitably masculine – he growls and hits the table as he tries to think through his issues – and he neatly captures the fate of a Neanderthal-like man, lost in the modern world, deprived of purpose as a male, and deeply misogynist without even realising it. You’d pity him if it weren’t for Holden’s brave choice to tap into the inherent ugliness of the character.

The second monologue is also told from a male point of view, though the characters couldn’t be more different. John Vernon plays a middle-aged gay man, who tells us about how the introduction of a young black male to his group nearly cost them their friendships. Vernon is an immediately warm presence on stage, and a great storyteller, adopting a range of consistent voices to create each character in his story. His flair for comedy is evident too, it’s this instalment that offers the most laughs (and you’re laughing with Vernon’s character, rather than at him, as in the case of Holden). The writing is also at its tightest here.

Rounding out the trilogy is Carolyn Lyster, who recounts the ups and downs of her long marriage, and what it has meant to be a mother, a wife and a housewife. Lyster gives a vulnerable and emotional performance.

All three pieces are beautifully written by Martin Foreman, though it’s John Vernon’s story that emerges as the most engrossing. The final piece doesn’t quite ring true, perhaps because it uses watching the sunset as a framing device, which, whilst universally popular, is in literary terms a touch clichéd. It also suffers from having too many competing ideas. The strength of the first two monologues is the focus on single issues.

California Lives neatly encapsulates three different but readily identifiable strands of the same society. Emma King-Farlow’s direction is to be commended for its lightness of touch. She’s unafraid to allow the actors to tell the story without lots of unnecessary movement – and the stillness she creates benefits the writing and performances.

Whilst the actors are all terrific and the writing has much to commend, monologues are a hard sell, since they lack the dramatic impetus of even two characters interacting; and they are also strongly associated with end-of-term drama school showcases. It takes a genius (like Alan Bennett) to turn the monologue form into something universally accessible and engrossing. Having said that, if you have a particular bent towards solo performances or monologues, you may find much to enjoy in California Lives.