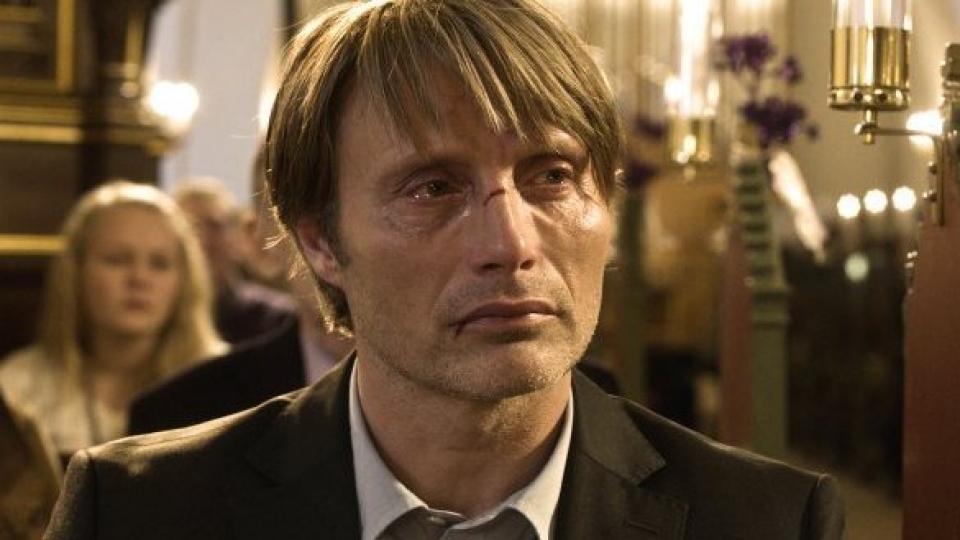 The Hunt, one of last year’s most powerful, relevant and thought provoking films is out now on Blu-ray and DVD, courtesy of Arrow Films.

Following a tough divorce, 40-year-old Lucas (Mads Mikkelsen – Casino Royale, Clash of the Titans) is just starting to pull his life back together again. He has a new girlfriend, a new job, and is in the process of re-establishing his relationship with his teenage son Marcus. But when a little girl at the nursery where he works tells a random lie that is impossible to ignore, Marcus’ world begins to fall apart. The allegation spreads like a virus, quickly acquiring a veneer of truth the more it is told. As shock turns to mistrust and then malice, it doesn’t take long before the local community is in a collective state of hysteria, igniting a witch-hunt that threatens to destroy an innocent man’s life.

This commanding Danish drama is directed by Thomas Vinterberg who was responsible for the brilliant Festen and who co-founded the Dogme 95 movement establishing rules for simplifying movie production.

The Hunt was first screened at the 2012 Toronto Film Festival before going on to Cannes where it arrived to a fanfare of critical acclaim. This was followed by praise at the 2012 London Film Festival.

We are giving you the chance to win one of 3 copies of The Hunt on Blu-ray.

In this article:Competition, Mads Mikkelsen, The Hunt