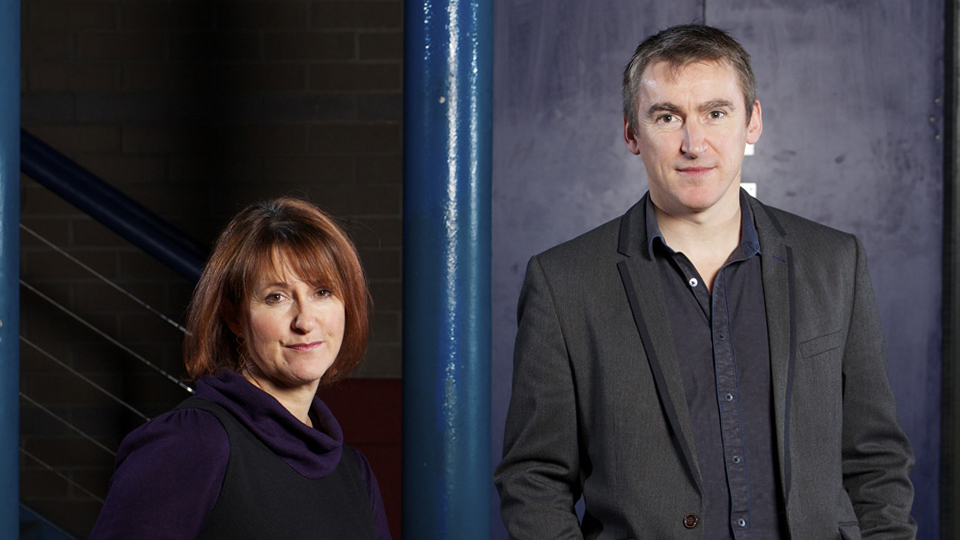 A bold re-imagining is taking place at West Yorkshire Playhouse under the leadership of Artistic Director James Brining and Chief Executive Sheena Wrigley.  Positioning the Playhouse as a key cultural hub in the UK’s theatrical landscape, Brining is redefining the theatre for today as a producing house that makes vital theatre in the heart of Leeds. By seeking out the best companies and theatre artists, locally, nationally and internationally the Playhouse can produce world class theatre that is pioneering, invigorating and relevant. By opening up the building, exploring the creative development of the work and introducing a number of new voices into the mix Brining means to transform the relationship the theatre has with its communities, the city and beyond. It is his intention to create and nurture work with national and international ambitions which is locally rooted and has a distinctiveness informed by where it is made. Growing, challenging and sustaining a cultural ecology that stretches beyond the theatre’s physical boundaries, West Yorkshire Playhouse will tell important stories that make a difference, are necessary and are vital for today.

Headlining his first season of work is Brining’s own production of Stephen Sondheim’s thrilling musical Sweeney Todd – The Demon Barber of Fleet Street by West Yorkshire Playhouse and The Royal Exchange Theatre for the Quarry stage (26 September – 26 October). Brining has challenged himself to revisit his TMA award-winning production that was originally staged in Dundee in 2010. In this spine-chilling contemporary version of a musical-theatre classic, Brining explores obsession and revenge set against the backdrop of a world where the poor and powerless are increasingly disenfranchised by the power-wielding rich.  Sweeney Todd marks the beginning of a creative partnership with Manchester’s Royal Exchange Theatre; the production will transfer to the Royal Exchange on 1-30 November setting Brining the directorial challenge of creating a production for two very different but equally iconic spaces.

At Christmas the Quarry Theatre will be transformed by multi award-winning director Liam Steel into the humid jungles of India in his production of the much loved The Jungle Book adapted by Rosanna Lowe. This mesmeric adaption of Rudyard Kipling’s iconic novel uses dance, physical theatre, puppetry, song and theatrical-magic to tell Mowgli’s coming-of-age story. Internationally recognised for his direction, choreography and physical theatre practice, Liam Steel makes his Playhouse debut. He has worked repeatedly in venues across the UK from the RSC to the Royal Court, Lyric Hammersmith, National Theatre and Birmingham Rep. Most recently he created the musical staging and choreography for the film version of the musical Les Miserables.

Alongside telling classic stories in new ways Brining wants to find voices he believes should be heard, providing a creative space for developing writers, emerging companies and individual theatre makers to grapple with important stories. My Generation, a new play by Leeds-based award-winning television writer Alice Nutter has its World Premiere at the Playhouse from 5-28 October. Set in Leeds My Generation explores the lives of one family across four decades, the 70s, 80s, 90s and the present day. Political tensions, family relationships and social responsibility are examined against a backdrop of the Yorkshire Ripper, the miners’ strike, music festivals and radical feminism.  My Generation is the portrait of a city, a family and an exploration of how oppositional politics has changed in Britain over the last 40 years.  Alice Nutter was a founder member of the political and socially radical band Chumbawamba.  Since leaving a music career behind Nutter has been writing for television, working closely with Jimmy McGovern and also for radio and the stage. Her first play, Foxes, premiered at the Playhouse in 2006.  As well as producing new writing on the main stages Brining introduces A Play, A Pie & A Pint to Leeds. Working with both established and new writers short original plays will be produced in various spaces throughout the theatre.  The plays will have a sense of freshness and immediacy and provide opportunities for audiences to experience contemporary writing at close quarters.  Forming an essential part of Brining’s desire to support the creation of work that allows artists to develop and grow their practice, The Playground, created with Associate Producer Amy Letman and inspired by the continuing success of the Transform Festival, is a series of scratch nights performed in the Playhouse foyer. Individual artists, companies, writers, performers, directors, musicians are encouraged to try out their work in front of a Playhouse audience. Furnace, the Playhouse’s vehicle for developing new work continues to provide a platform for the trialling, testing and realisation of new ideas. By providing space and support Furnace gives artists the freedom to challenge themselves and their theatre practice, it encourages collaboration across disciplines and provides the opportunity for feedback from audience members and professional peers.

West Yorkshire Playhouse is a dedicated collaborator, developing rewarding and sustainable creative-relationships with other theatres, independent producers and some of the most distinctive, original talent around. As well as the partnership with the Royal Exchange, the Playhouse is also collaborating with the Lyric Hammersmith this season. In addition, Resident Company Unlimited Theatre are joined by RashDash, whose relationship with the Playhouse has grown through their involvement in Transform and Furnace. These two Resident Companies will work with the Playhouse to develop opportunities for artists in and around West Yorkshire to experiment and develop new work.

Alongside the programme produced by the Playhouse a carefully curated selection of touring work will be presented as part of the autumn season. Some of the UK’s most invigorating and relevant companies will bring their work to Leeds. Northern Ballet present their stunning version of A Midsummer Night’s Dream, Jumpers For Goal Posts is brought to the Playhouse by Paines Plough and is written by Tom Wells who began writing after joining the Playhouse’s So You Want To Be A Writer course.  Theatre O present The Secret Agent and Mat Fraser in association with Improbabale presents his re-invention of the fairytale Beauty And The Beast while Jonzi D’s production The Letter can be seen in the Courtyard theatre. A new major production of the Orwell classic 1984 is presented by Headlong in the Quarry Theatre and for younger audiences Watershed Productions makes a welcome return with Charlie and Lola’s Extremely New Play.  Both resident companies, Unlimited Theatre and RashDash will be presenting pieces of work and Leeds-based company The Paper Birds are celebrating their tenth anniversary at the Playhouse, presenting An Age, their most ambitious piece of work to date which was developed as part of Transform 2012. LAOS (Leeds amateur operatic society) return for their regular slot with their version of the upbeat classic Footloose.

Accessibility to the theatre is an essential element of Brining and Wrigley’s plans for the future of West Yorkshire Playhouse. Attracting a diversity of audience that reflects the city is vital; it is for this reason that the Playhouse introduces a policy that tickets for all shows will begin at £12. The creation of an area D in each auditorium allows for a number of tickets to be sold at this price while adopting a dynamic pricing policy will allow greater control over ticket pricing based on each individual production.

This first season of work under James Brining’s new Artistic leadership marks the beginning of a new chapter in the history of West Yorkshire Playhouse. Brining’s redefinition of the theatre is an organic process that will develop over time. This season is the beginning of that process and signifies a new direction of travel for West Yorkshire Playhouse.