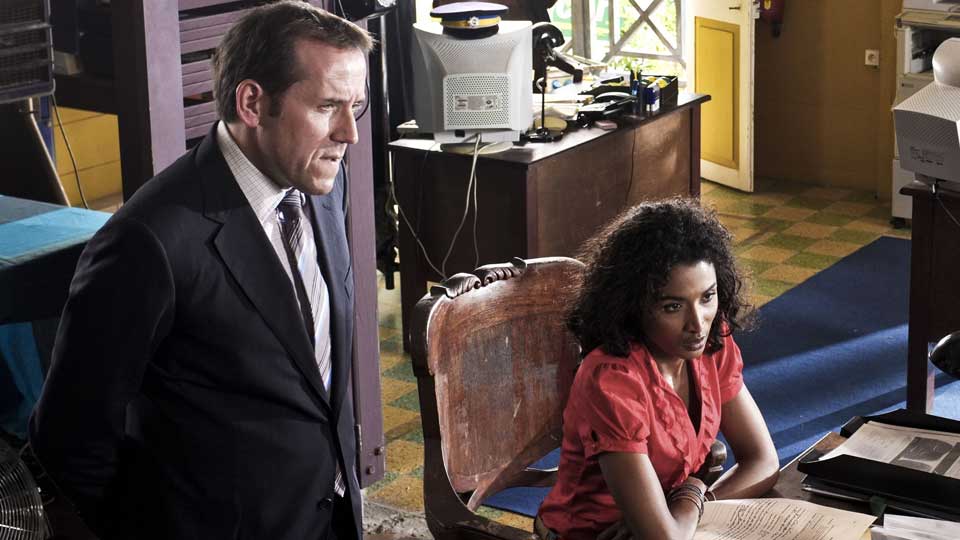 Kris Marshall is to join the cast of BBC One’s hit crime drama Death in Paradise.

The new series will also see the departure of DI Richard Poole, played by Ben Miller, but series regulars Sara Martins, Danny John-Jules, Gary Carr and Don Warrington are all coming back to the BBC One show.

Kris will play a bright, but rather disorganized and gawky DI, Humphrey Goodman, who is stuck in a mid-life rut and is looking to find a new life and a brand new star.

He said of his new role: “am thrilled to be joining Death in Paradise and finding out a bit more about what makes Humphrey tick. Six months filming on a tropical island with an amazing cast and glorious sunshine? What isn’t there to love! I might even get myself a parrot!”

Ben Miller said: “I have absolutely loved my time on Death in Paradise and am sad to be leaving such a successful show, however DI Poole has made no secret of his struggle with the Caribbean heat, so I felt now was a good time to put him out of his misery! I know Kris will do a superb job and I’m delighted to be handing over the detective baton to him.”

Death in Paradise will return to BBC One later in the year.

In this article:BBC One, Ben Miller, Death in Paradise, Kris Marshall