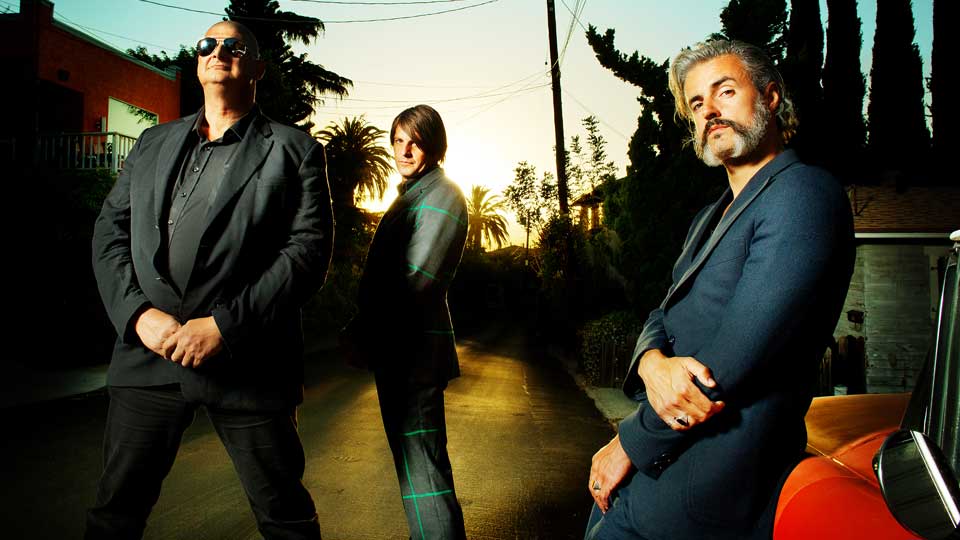 Let It Ride is the new single from the Belgian rock trio Triggerfinger. They are dubbed ‘the loudest band in Antwerp’. Recent support slots for Red Hot Chilli Peppers, Within Temptation and Thin Lizzy have lifted the band to another platform and have made them become one of the most sought-after and highly praised live bands around at the moment. The band have toured relentlessly around Europe, from clubs and pubs to festivals, to develop their live set and to build their fierce and uncompromising sound. In 2012, the band’s international profile was raised, after performing an acoustic cover of Lykke Li’s I Follow Rivers, in a live radio session, which was an instant hit that spread throughout a number of countries, including reaching the no.1 position in Belgium, Holland, Austria and Poland.

Let It Ride opens with an extremely catchy intro that transports us into thinking and feeling that we’re in a high-speed car-chase, or as if James Bond might just come crashing through our window at any moment. It’s an action-packed and thrilling opening. The sound is large and anthemic. The song has a strong bass line, with some heavy drums and it puts you onto straight onto a roller coaster of a fast feeling movement that maintains its pace throughout and the song ends at the same speed. The song also has a hint of a bluesy feel and the intensity of the track is complemented and enhanced by some impressive vocals from lead-singer, Ruben Block. The song is basically a really, great rock song, something which doesn’t happen too often these days! We don’t think that there’s enough of them around at the moment, but this definitely makes the grade and we really rate this track!

Let It Ride is taken from their album All This Dancin’ Around, which will be released in the UK on April 15th and we’re very much looking forward to the new album.

Advertisement. Scroll to continue reading.
In this article:Triggerfinger