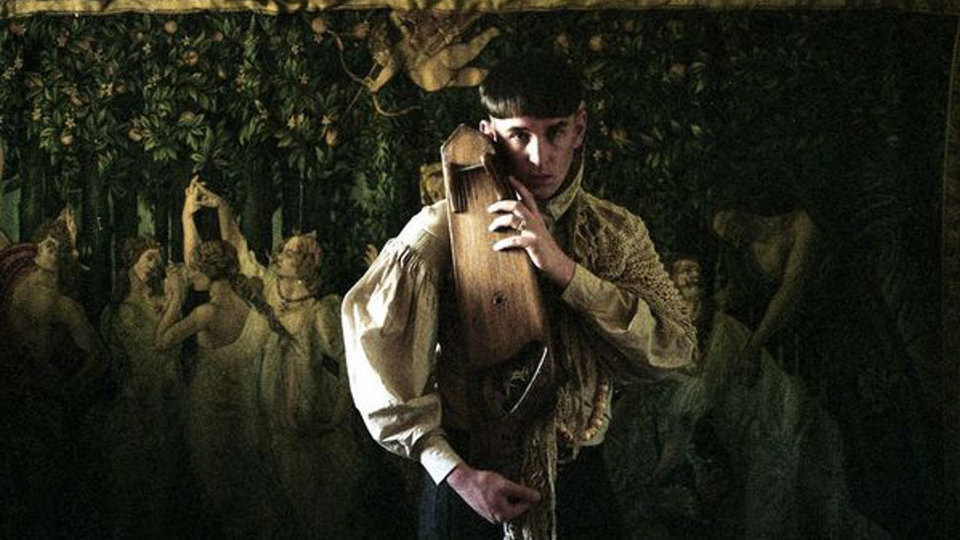 Formality is not a word usually associated with the ever-unpredictable Patrick Wolf. But in playing a venue of such prestige and clout as Southbank’s Queen Elizabeth Hall, an attempt at formality is, perhaps, obliged. And somewhat surprisingly, a suddenly very grown up Patrick – celebrating ten years in the industry; indeed last night was the final night on his 10 Year Anniversary Acoustic World Tour – followed suit. In a sense. At least initially.

Tori Amos and Kylie Minogue are just a few of the fascinating pop stars to look back on extensive back catalogue with acoustic perspectives in the last year; both pulled off the experiment with sophisticated panache, but for Patrick, the approach is akin to a creative epiphany. Fresh, delicate arrangements cast formally dark and aggressive songs like Hard Times and Vulture in a new and beautiful light. The Magic Position loses its boisterous, childlike tones but retains an affectionate, knowing cheekiness and cheeriness: it’s as if Patrick’s looking back on his former self with an affectionate smile. Meanwhile, in spite of their newfound simplicity, the uplifting likes of House, Bermondsey Street and The City seem to soar higher than they ever have before; Together, meanwhile, is a triumph of warmth and beauty lifted with exquisite musical saw playing and some heart-wrenchingly gorgeous backing vocals.

In fact, much credit for the evening’s success lies with Patrick’s colleagues; string and harp accompaniments are performed with confidence and style by instrumentalists who look to the man in question with expressions of excitement and quiet euphoria. Patrick himself keeps busy, impressively rotating between piano, harp, guitar and a plugged musical relative of the ‘ukelele’ (or so he claimed, tongue firmly in cheek). His voice is a passionate and powerful beast; he occasionally overpowers the stripped back sounds and hits the odd duff note (ever the comic, after some slightly out of control free styling he asked the audience “Do I sound like Jessie J?” Frankly, Patrick, sometimes you kind of do). Nevertheless, sans percussion and Patrick’s usual energetic bounding around, the complex lyricism that pervades all six of his equally critically-acclaimed albums is crystal clear.

The team routinely hit chapters of lofty brilliance; the evening’s only vague weakness was Patrick’s sporadic losing of cool, especially towards the end. Countless false starts; cracking jokes mid-song; lengthily, rambling anecdotes between songs – the bulk of Patrick’s devoted fan base inevitably waved off such erratic behaviour as characteristically quirky (“He’s so cute!” cooed some girls behind us); the rest grew restless and impatient. We probably belong more to the former school of thought; the first, more ‘formal’, half of the gig, when Patrick was exercising steely control with just a punch of chaos, was certainly preferable to the second, but there was something inexplicably endearing watching his slowly growing enthusiasm and excitement as he performed the songs as if discovering them for the first time.

Advertisement. Scroll to continue reading.
In this article:Patrick Wolf