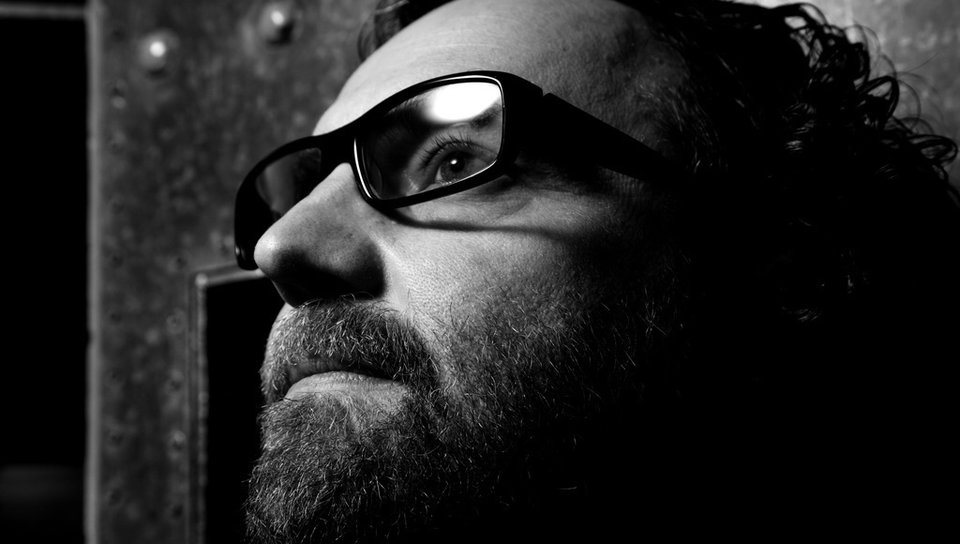 In contrast to feature length debut Nearly Man, the eerie opening of Skull Beneath The Skin proves perfect introduction to a distinctly disturbing listening experience. Having suffered his own torment as a child, Marlin expertly draws on past personal experience to bring us twisted tales of woe.

Amazing is a love song which loses the listener in an epic landscape before crashing in with a guitar driven wall of loss and regret, whilst Giving It All Away is a raw slow burner riddled with gentle guitar riffs that escalates into a rousing song, mounting to piano chords heavy with angry burden.

More Than I Can Say would sound quite at home on a horror movie soundtrack, with creepily atmospheric acoustic guitar paired cleverly with sinister sentiments whispered eerily throughout “Making plans just for you”. The overall effect is chilling but Marlin must be applauded for his creative approach to setting such an impressively real and scary scene for listeners.

The tempo on Doesn’t Care darts in juxtaposing fashion from troublesome exclamations including “It’s my decision if I stay or if I go” to oddly uplifting instrumentals; such inconsistency might be reflective of the suicidal thoughts suffered by some.

Marlin focuses his energies on dark subject matter as part of Grand Reveal. One might crassly wonder if this album has sprung from the musician’s own emotions as he personally enters the middle stage of life. “She wants to know if she’s gonna get better” Marlin repeatedly sings in desperation on closing track To The Grave, a fitting end to a harrowingly morose record.

Grand Reveal is full of fateful twists and penitent turns, but the world-weary hauntingly addictive vocal delivery is utterly uncontrived, reminiscent of Lou Reed or Leonard Cohen in their more revealing moments. Marlin is a true storyteller in every sense of the word and though this album may be feared on some levels, it should also be revered for its originality.