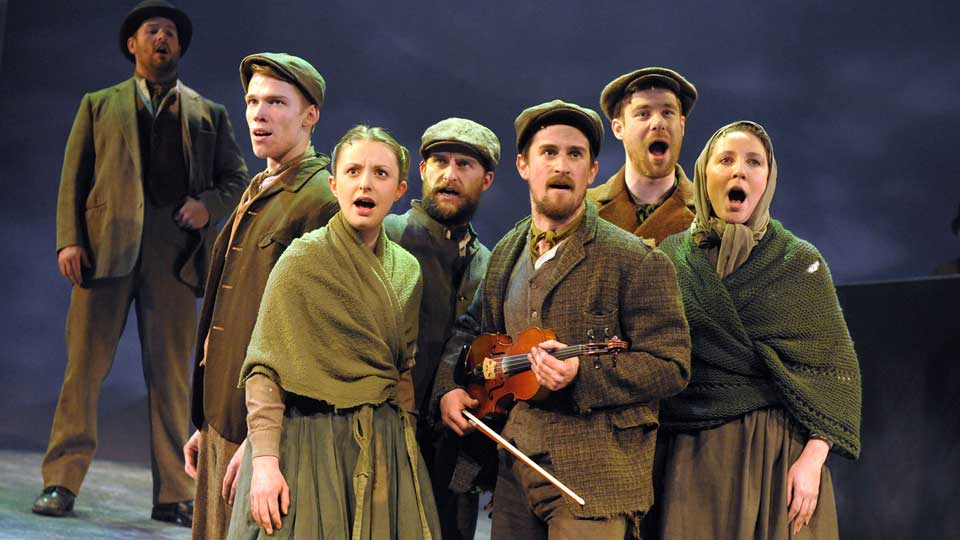 The Hired Man will be playing at Curve, Leicester from 12th to 27th April.

The musical from Melvyn Bragg annd Howard Goodall is set against the backdrop of the Cumbrian Lakes in the early years of the 20th Century. Based on Bragg’s novel, The Hired Man tells the timeless, moving story of a young married couple and their struggle to carve a living from the land, just as the traditional rhythms of English country life are being swept away from the gathering storm of war in Europe.

David Hunter leads the cast as John with Julie Atherton and Kit Orton playing the roles of Emily and Jackson respectively. Daniel Buckroyd is directing the show with design by Juliet Shillingford, lighting by Mark Dymock and sound by Tom Lishman. The Musical Director is Richard Reeday.

You can get more information and tickets from www.curveonline.co.uk