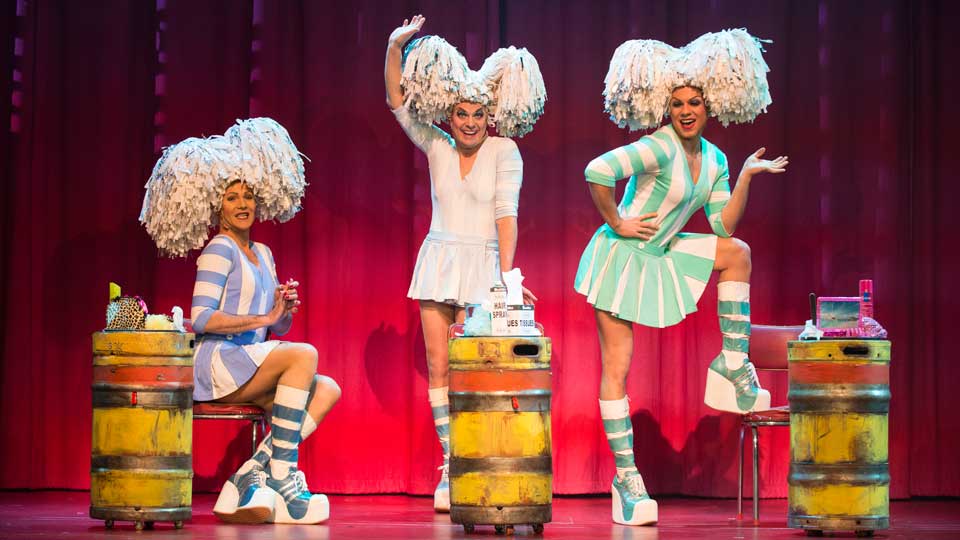 Jason Donovan will return to Priscilla Queen of the Desert it has been confirmed.

Reprising his role as Tick, which he first played in the West End, Jason will be part of the cast when the production rolls in the New Victoria Theatre in Woking from Monday 16th to Saturday 21st September.

Priscilla Queen of the Desert also stars Richard Grieve as Bernadette and Graham Weaver as Felicia. It is based on the hit movie of the same name and features dancefloor hits such as It’s Raining Men, Say A Little Prayer and Go West.

You can get your tickets from www.atgtickets.com/woking

In this article:Jason Donovan, New Victoria Theatre, Priscilla Queen of the Desert, Woking