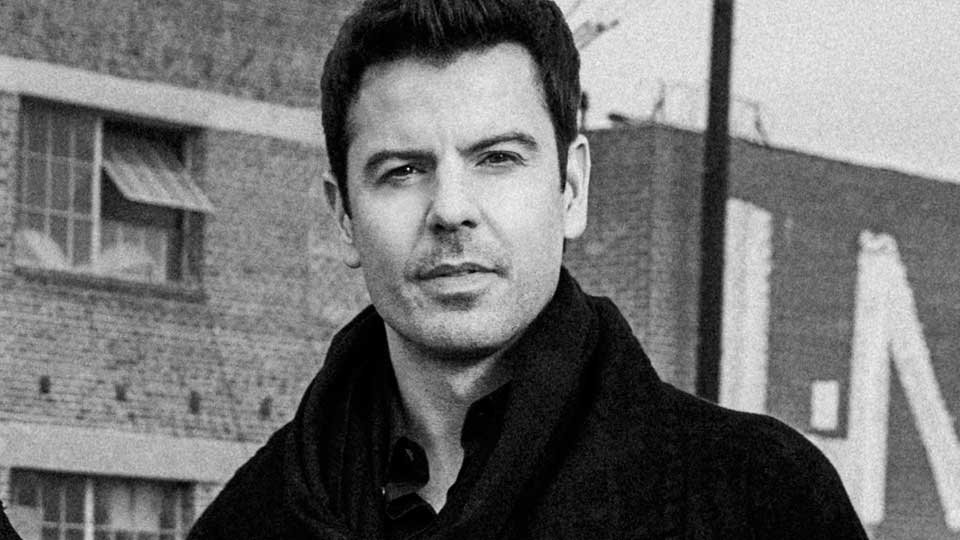 New Kids on the Block reunited for a brand new album in 2008, their first in 14 years. The Block hit number 2 in the US and reintroduced the group onto the music scene.

On the back of its success New Kids on the Block teamed up with Backstreet Boys for a world tour which saw them perform in the UK after a long absence. Five years after The Block the group is ready to release brand new album 10.

We caught up with Jordan Knight from the group to talk about 10, find out  more about new single Remix (I Like The) and to find out when New Kids on the Block will be back in the UK.

The last time we spoke to you were preparing to come across to the UK with the Backstreet Boys for the NKOTBSB tour. New Kids on the Block are about to release their new album 10. Tell us all about it.

We’re only collaborating amongst ourselves on this record. The last album, The Block, was released on Interscope records and we collaborated with a lot of music artists that were on that label at the time. It was collaboration heavy so this time around we have just stuck together and we’re doing it all by ourselves. With this album there’s definitely more of a deeper musicality and more introspective songs. There’s less ‘let’s go out, have a drink, party and dance’ to it. It’s more introspective on relationships and things like that.

The feel of the album is very different to The Block. Whereas that album felt more R&B-influenced, 10 feels more pop and closer to the music you’re known for. Was that a conscious shift?

Yes. The Block was more like that. We felt that we needed to take it back home and do some big pop songs; really sing from the heart with some good ballads and pop songs for the girls.

It’s definitely more vocal conscious. When you have a song with a beat it’s more about the rhythm and attitude and less about how well you execute the notes. This time we had to really execute the notes to stand out against the bed of the beautiful music. We spent a lot more time on the vocals making sure they were sounding really good.

Why did you decide to release Remix (I Like The) as the lead single from the album?

I think with Remix (I Like The) we just wanted to come in a little left and catch people off guard by doing a song that we wouldn’t necessarily do. I think we pull it off but it’s not your regular pop/R&B type song. It’s more of a Bruno Mars/Adele/Cee-Lo throwback kind of record that you hear a lot of these days.

The beat is really strong on the track. We’re loving the video too. Where did the concept for that come from?

The concept of the song is basically saying ‘sexy isn’t necessarily sexy, confidence is sexy’. You can look at an aesthetically beautiful girl but because of her attitude she doesn’t even look beautiful when you get to know her. I think it’s a message that we should all learn and it’s an old message – beauty comes from within. It’s about your attitude and your self-confidence that makes you attractive not the outside.

Let’s talk a bit about the making of the record. How does the dynamic work in the studio?

We always collaborate with producers and writers, and people that are in the studio every day doing it for a living. We do music for a living but we’re not in the studio every day so we go in and listen to people we admire to hear what they’re doing. We put in our two cents then we go back and forth with ideas. Maybe there’s a song with a great melody but the track isn’t so hot so we’ll ask the producer to change it up and put a heavier/lighter drum beat. Sometimes there’s a track that’s great but it just doesn’t suit us so we give the writers ideas. Donnie, Joey and myself go in there first and make tweaks.

Do you have more creative control over your music at this stage in your career?

It was fantastic to see you on stage here in the UK last year. We know you’re gearing up for a tour with 98 Degrees and Boyz II Men in the US. Can you tell us about that?

It’s called The Package Tour. 98 Degrees haven’t been together in 10 years so they’re doing a reunion like ours and it’ll be their first time performing on a tour in over 10 years. Boyz II Men have been touring but they’ve never teamed up with another group like us. Based on what has happened with the Backstreet Boys we know it’s like a powder keg when you put groups together that have a lot of hits. It draws a lot of people; they want to come and hear all those songs they grew up with. Boyz II Men are such great singers with such big pop songs. They are a good combination to go along with us and 98 Degrees.

Will the show use a similar format to the NKOTBSB tour where you perform songs together and separately within your respective groups?

This tour is a little different. With the Backstreet Boys we did it together and opened the show together. This tour is a headlining tour for New Kids on the Block. It’s going to be pretty hard to resist coming up with songs to do with Boyz II Men and 98 Degrees. The good thing about the last tour with the Backstreet Boys is that we did stuff together but some of our fans wanted to see us just performing our own material. We’re trying to accommodate both things here at the same time. We want to give the fans a lot of us exclusively but we want to collaborate with the other groups for sure.

Do you have any plans to bring the tour to the UK or perform any New Kids on the Block shows over here?

We’d like to definitely tour the UK and sing a lot of the songs off the 10 album. We’ll have to figure out our schedule. It’ll most likely be around this time next year if we can do it.

How do you find the UK audiences?

They’re great. It’s cool to see. Obviously we don’t live in the UK so it’s a pleasant surprise to go to another country and find fans that are as into you as US fans. It’s very humbling and gratifying. We just feel really grateful that we have the fan base that we have.

Yeah The O2 is such a big place and an incredible, incredible place to do a concert. The fans we’re definitely into it and we were into them for sure.

What are your hopes with 10? What would you like it to achieve?

Have you got time to fit anything else in this year?

We’ll see. We’re going to do some performances in the fall and TV performances before getting ready to do an overseas tour. Hopefully we’ll be in the UK before you know it.

Do you have any plans for any more solo material?

Yes! I don’t know exactly when because 10 is coming out and we’re touring with it. I’m trying to find a spot to fit it in where it doesn’t feel awkward (laughs). I did a tour myself with my last solo album and it was a lot of fun. I’ve been dying to do it in the UK and do a show but it’s just finding the time. Maybe after I do another solo album maybe I’ll do a show in the UK. It’s always fun to go over there and perform.

New Kids on the Block’s new album 10 is available now.

Advertisement. Scroll to continue reading.
In this article:Jordan Knight, New Kids on the Block