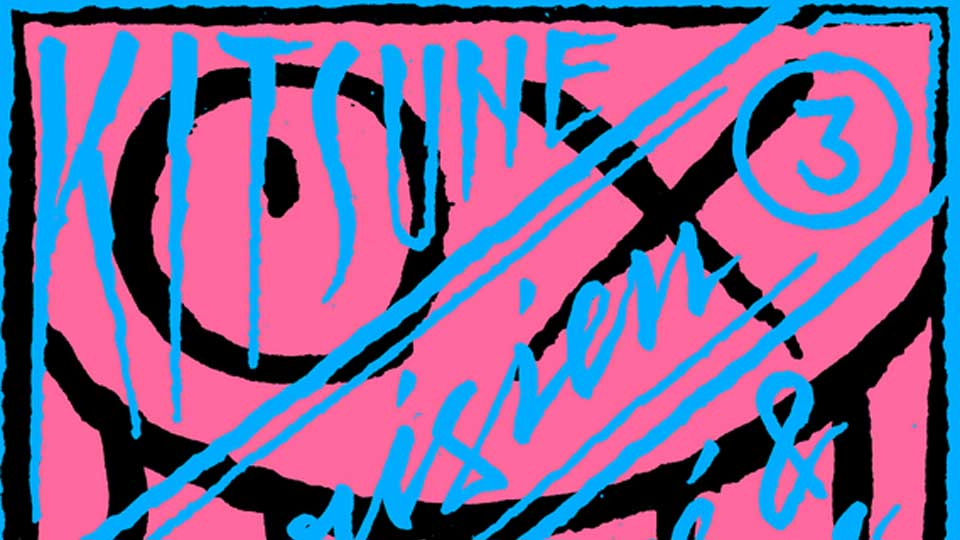 It is fair to say that the Kitsune compilations have become quite popular at championing up and coming and even underground artists. Following the Kitsune Maison Compilations concept the Parisien series showcase the best talent emerging from Paris. Parisien 3 features artists such as TOYS, Monsieur Monsieur, FAUVE and Saint Michel. We had a listen and here are our thoughts.

First up is TOYS with Noise a rather mellow start to the album but as you listen to the exquisite melody of the track and hear its flawless production you know this is a good start. Noise has a good dose of bass in it, which gives it punch but the track is a slow burner and you shouldn’t expect anything to edgy. Wolf by Pyramid is a natural follow-up to Noise with a similar electro sound. The track is quite electro heavy with a good melody that strikes you straight away as French. This is a vocal-less track but Pyramid make sure it doesn’t get dull with plenty of movement and cool guitar solo.

You can sense that Paris has caught the electro bug again with so many artists going synth and lets not forget Daft Punk are releasing a new album this year too! UV by CINEMA is heavily influenced by 70s electro think Kraftwerk or Jean Michel Jarre with 80s vocals that add a good contrast to the song.

The compilation takes a turn with Color by You, which is folkier and more melodic. We don’t know much about the enigmatic You but the music seems to be quite popular. Color has a catchy chorus and an infectious melody and really does put a smile on your face.

Donna by Dombrance doesn’t have much in term of vocals but like Color is quite cheerful and the beat is infectious. Dombrance himself is also a mystery he likes to zigzag his time between playing for others, producing and making his own music. Donna is a good example of his work the track might feel repetitive but actually is perfectly balanced.

As a former bass player for a Joy Division tribute band, Lauren aka Le Crayon produce French disco. Kitsune’s introduction to his work is Cosma an 80s disco inspired track with a distinct French sound.

Now lets not forget that the French are masters of dance/house music and we wouldn’t expect a Kitsune album to overlook that! Give Mo Luv is one hell of a track on this album and sounds like a club favourite to us already. With its big bass and sexy vocals the track really does hit all the right chords for us. It’s clever and doesn’t get dull. LOGO are a French duo behind this marvelous track but the remix is by Boston Bun.

We’ve hit the house section of the album with some impressive big tunes such as Air France by Joris Delacroix with its trance vibes and more smashing yet is Arym by Monsieur Monsieur. Oh what a track indeed if you like something big and that smacks you in the face with a big bass then this is a track for you. Arym is not shy and doesn’t tease you at all it comes in all guns blazin’ with its big electro/house sound and morphs into an even scarier beast as you go along.

A little different yet just as wonderful is the slightly more melodic Teion by BeatauCue. This track is not as ballsy but it leaves an impression with some slick electronic sounds. Phenomena is a good follow-up to that with another set of quirky sounds and lounge vibe.

Kane is a completely different beast by FAUVE, a five piece French folk band. Kane is dark and almost feels like the intruder on the album but it is a good track with a healthy edge.

Well Kitsune aren’t going to lose their reputation of being champions of compilations with Parisien 3. This album is a great collection of exciting new artists and certainly offers a bit of variety and a change from UK music. We highly recommend this.

Advertisement. Scroll to continue reading.
In this article:Kitsuné