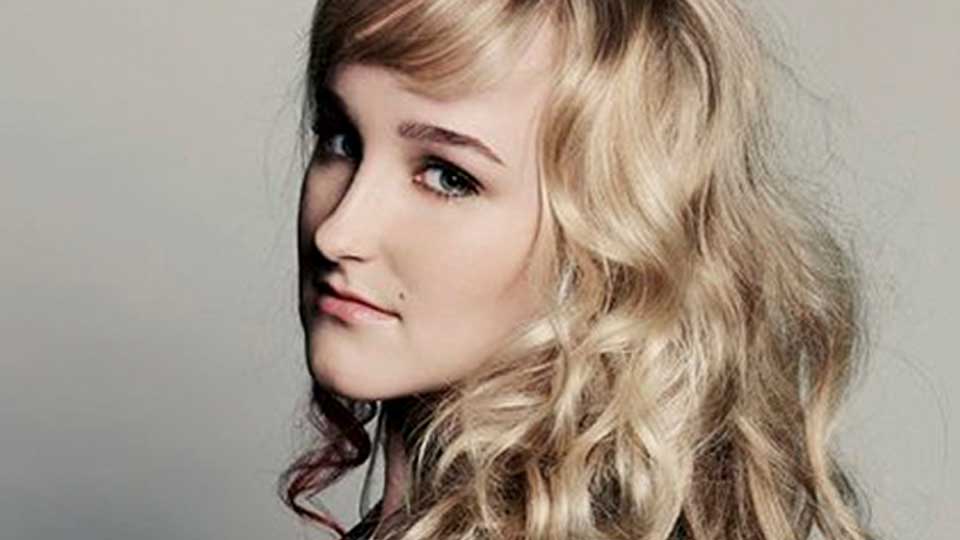 Camryn is starting her music career at the tender age of thirteen years old and she is ready to take the pop world by storm.

Her catchy rock-chick-pop style is currently winning her many fans and she has an army of young girls who look up to her. Camryn is the envy of millions of girls around the world, as she is the opening act for One Direction on their current European tour.

We chatted to Camryn to learn a little bit more about her, what her goals and hopes for the future are, what she thinks of being in Europe and what One Direction are really like to be on tour with!

Hi Camryn, how are you today?

How old were you, when you first started singing?

I’ve been singing forever! I feel that it’s in my mould as a person.

What is your favourite song to perform live?

I would say that Set The Night On Fire and Now or Never are my favourite to perform live because they’re fun songs. They are songs that usually get people up, standing on their feet and people go a little crazy for them!

You’re from Denver, Colorado. What sort of place was that like to grow up in?

I’m from Denver yeah, Denver is a very nice place to grow up. It’s a very suburban place and very homely, sort’ve a housewives, homely kinda place. All my friends and family are still there and I really enjoy going back there to see them and we always have a lot to catch up on. I’m going back there for a holiday in June sometime and I’m really looking forward to that! Denver was just a very normal place to grow up.

How did you find the transition to moving to LA, from Denver?

I loved the weather change when I moved to LA! But I did miss my friends a lot. I only had a couple of friends in LA when I first moved there. I’m now based in the West Beverly Hills area and now I have a lot of friends and I enjoy being there.

How are you finding being in Europe at the moment?

I love being here! I did a photoshoot recently and we went to see a lot of the London sights, such as the London Eye, Buckingham Palace and Big Ben. It’s a very old city and I like that, as America is so different and very modern. I’m really looking forward to going to Paris and to Germany too!

You’re the opening act for One Direction’s curent tour, how is that going?

Touring with One Direction is a lot of fun! It’s been crazy, it’s been tiring, it’s been exciting. The European crowds are a bit different to what I’m used to, as they’re a bit wilder in America.

What’s the best thing about being a girl on this tour?

The best thing about being a girl on this tour is being surrounded by so many boys! The One Direction fans are so dedicated and it’s great to be picking up a few extra fans along the way, too! Their fans have been very supportive of me.

What are your plans for when the tour finishes?

Well, I’m excited to see how the rest of this tour goes and what sort of doors it will open for me and then we’ll just take it from there. There are many options, we might come back and do another tour or we might record some new songs. Everything is a bit up in the air and the moment, so we’ll just have to wait and see.

OK, time for some girl talk! Have you got any celebrity crushes at the moment?

Well, I think that a couple of guys who are also in the opening act on this tour – Five Second of Summer are really cute! (Giggles). They’re from Australia and they have some great pop songs, too.

Have you had much of a chance to hang out with the One Direction guys?

Yeah, I have, but we haven’t been hanging out too much, as we’ve been working so hard and the shows have been non-stop. Sometimes we do two shows a day, which really wipes me out, but it’s a lot of fun! I manage to put in so much energy into my shows, by getting in a lot of sleep. Sleep is very important!

Any news for us, from the One Direction camp?

Niall just got a Segway and he’s been backstage, riding around on that a lot! I was allowed to have a go on it and it was difficult, as I was very nervous and kept hoping that I wasn’t going to crash it!!

All the girls want to know about Harry Styles! What is he like to be on tour with?

Harry is a sweetheart and he’s a really nice guy. The guys are actually all very well behaved! Harry is a really cool dude and great to be on tour with. Everyone on this tour is great, everyone down to the crew and artists, we’re all having a really great time!

Do you ever get star struck/who have you been most excited about meeting so far?

I was a bit star struck when I met the One Direction guys initially, but I didn’t show it! I was just cool. I also got to meet Mariah Carey and that was unreal, she was super lovely. I met her on the set of a movie and that was really cool.

How are you finding being on tour and combining that with your school studies?

Well, I’m home schooled, so when I’m away from LA, my teacher comes out with me. When I’m back in California, I go to school as normal. It’s a school that other kids go to, who are also home-schooled, so we’re all on the same wavelength and understand one another.

What do you do with your days off/how do you like to spend your time?

It depends on what I’ve been doing. On this break, I’ve been doing nothing and loving it! I’ve been relaxing a lot and catching up on sleep, which is essential when you tour, you really have to look after yourself and it’s important not to work yourself too hard. Other times, I hang out with my friends and we just do normal things, such as go to the movies, go shopping and just generally catch up.

How would you describe your tracks to people who haven’t heard your songs yet?

I would say that my music is pop-rock. It’s fun, high energy and relatable to everybody.

What kind of artists do you look up to?

I look up to artists such as Beyonce, Katy Perry, Pink, Christina Aguilera and Rhianna. They are all really great women!

What are your goals for the future?

My goal is to have a very diverse vocal range. I want to be able to sing really high and I want to be able to sing really low. I want to try to be the best that I can be. I think it’s very exciting that I’m starting out at early an early age and for me, I just feel that age is just a number. I would really love to sell out the 02 Arena here in London and also Madison Square Garden in New York. Those are my personal goals and I really hope that they’ll be fulfilled one day.

Advertisement. Scroll to continue reading.
In this article:Camryn, One Direction