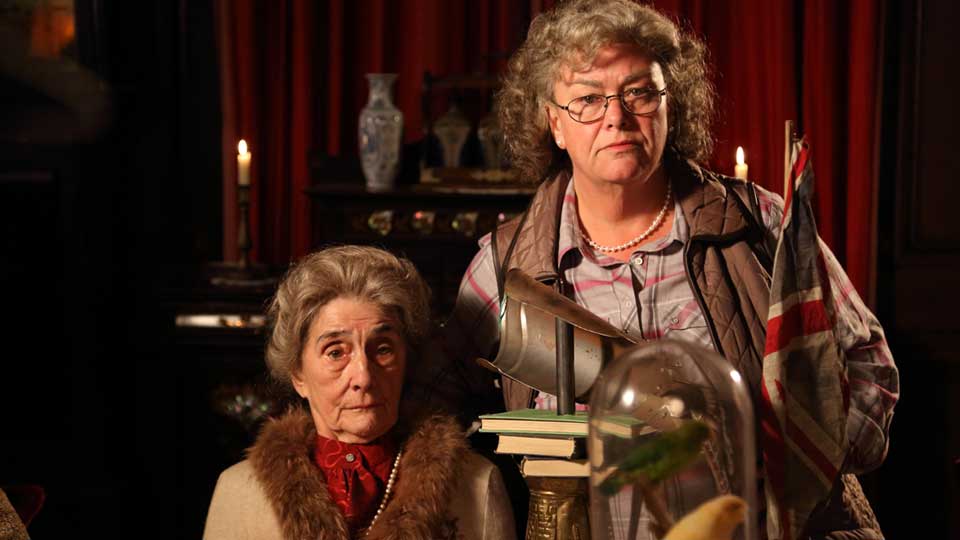 Dawn French will tonight make an appearance on BBC Two’s Heading Out.

Heading Out is a sitcom penned by Sue Perkins, and starring Eastenders’ veteran June Brown and The Thick Of It star Joanna Scanlan.

Tonight’s episode will see Toria taking Sara, Justine and Jamie to her parents stately home to give Sara a trial run at coming out.

Welcomed with open arms by Toria’s eccentric family – her mother (Frances), father (Humphrey) and elderly grandmother (Sozzie) – Sara and her friends learn that the spooky, historical house is the family business, which Toria is set to inherit. With the company quizzing her on her love life though, it isn’t long before Sara cracks and successfully admits to everyone that she’s gay.

Thankfully, Toria’s family are thrilled by her proclamation, but wrongly assume that she and Toria are an item, which to Sara’s surprise, Toria happily goes along with.

Meanwhile, Jamie and Justine share an uncharacteristically intimate moment after a few too many glasses of wine. Will their indiscretions have ramifications down the line?