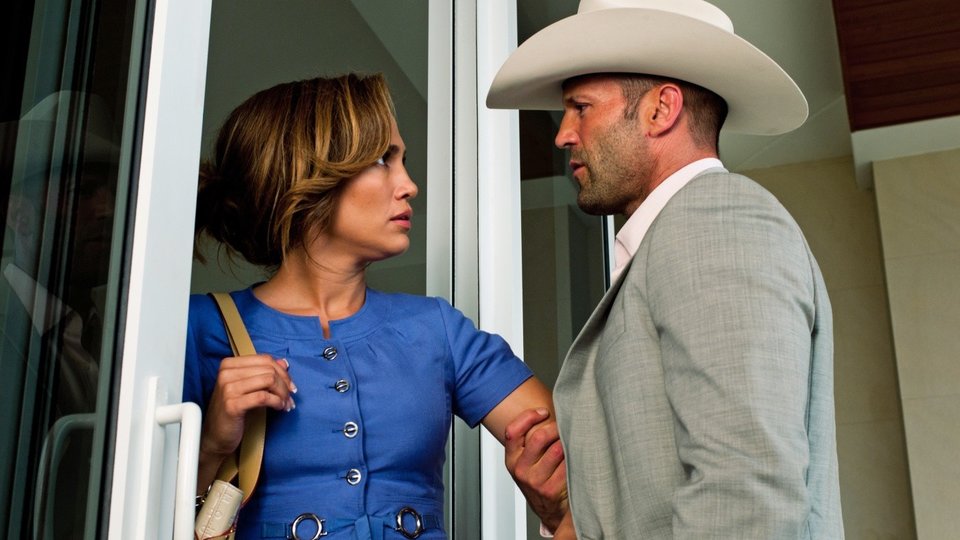 Parker (Jason Statham – The Expendables) is a hired gun who is double-crossed when a routine heist goes bad. Looking for revenge and with a real-estate agent in tow to help him out (Jennifer Lopez – Out Of Sight), Parker goes about hijacking his former crews robbery.

Parker is a curious action film based on Donald E. Westlake’s book about a hitman that gets double-crossed. With Jason Statham onboard it’s so far, so familiar but then the final third starts and you realise that this is more than just an action film. It has comedy, drama and adventure in equal measure.

Jason Statham continues to be the hardest working action star in Hollywood today with yet another adventure. But this time around, Parker provides Statham with a character he can showcase a little range with. The dodgy Texas accent aside, Jason Statham does very well in Parker and more than sells the action, humour and love angles.

Jennifer Lopez does well in her first action film role for quite some time. She bounces off Statham and the two share a quite palpable chemistry. The only drawback being that the two don’t share enough screen-time together. Whilst we are introduced to her character around the start, Lopez and Statham only really team up towards the end of the film. In fact Parker plays out like two separate movies spliced together – the first being an action-crime drama and the second an odd-couple inspired revenge flick.

Michael Chiklis takes a break from running the show in Sky Atlantic’s Vegas to hand in a good, if clichéd villain role in Parker. In truth, Chiklis deserves a lot better but he still manages to elevate the cartoonish villains to a higher plateau. The same can be said for the rest of his crew, especially Wendell Pierce who is given a wafer thin role to make his own. Bobby Cannavale is good but under-used as a uniformed police officer who takes a like to Jennifer Lopez’s character. Nick Nolte is present and accounted for as a gruff, would-be father in law and accomplice.

The set-pieces are quite impressive with a particularly strong opening drawing you in. Featuring a heist taking place at a state fair, it finds Statham on sparkling form. Elsewhere there is a bone-crunching fist-fight in a hotel room and a good shoot-out towards the end of the film.

Parker is a fun distraction with a solid cast and a decent amount of suspense and action. The odd coupling of Jason Statham and Jennifer Lopez works a treat and it’s a shame we don’t get to see more of them together.