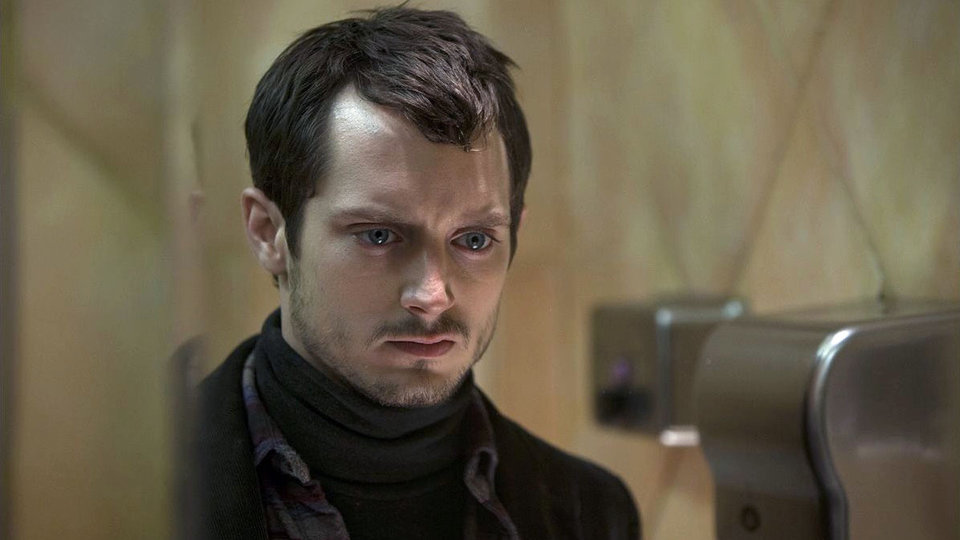 Frank (Elijah Wood – The Lord of the Rings: The Fellowship of the Ring) works as a restorer for old mannequins. His is a recluse and doesn’t venture out much. But in the basement of his shop lies a frightening reminder of Frank’s true passion in life. He stalks and kills women, and uses their scalps as a trophy. His unbalanced mind-set is pushed to the limit when an unsuspecting photographer enters his life named Anna (Nora Arnezeder – Safe House).She could be the one women who can break him out of his psychotic tendencies – but she could also be the one to tip him over the edge.

Maniac is an engrossing and uncomfortable horror in the best possible sense. Full of gruesome gore, some horrific deaths and a strong central performance from Elijah Wood, this is a film that gives the horror genre a new cult classic. It may echo the basic premise of Psycho but even despite this familiarity of concept, Maniac still manages to be a very effective and fresh horror that will leave you shocked and chilled in equal measure.

Maniac’s hook is that this film is shot almost entirely from the killer’s point of view. That’s literal too, the camera acts as Frank’s eyes as he stalks and murders women across the city. It gives the film a very unique and raw feel, something that is executed extremely well, especially in the chase scenes. Throw in Wood’s creepy inner monologues and you have scenes full of palpable tension and uneasiness. Having him work in a mannequin shop is also a masterstroke.

Elijah Wood is excellent in Maniac, a film that gives the popular Lord of the Rings actor a truly landmark role to play with. Echoing his ghastly character in Sin City, Frank is a psycho who has been traumatised by his childhood and who uses his victims to try and piece together a love he never experienced. Wood keeps his performance controlled and cold throughout and never breaks into pantomime territory. That’s actually quite hard to do, especially given how ridiculous some of the deaths become towards the end. By treading that line of believability, Wood makes Maniac a film that you know deep down is ridiculous, but which still feels raw and real.

His leading lady is the gorgeous Nora Arnezeder and she does exceptionally well here. Her character does have naive and stupid traits (but most horrors do) but she still manages to keep the audience behind her. Her relationship with Frank is also well explored and keeps the story believable.

The deaths are also what makes Maniac stand apart from the straight-to-DVD rubbish that passes for horror these days. Whilst Elijah Wood steals the film, his ‘victims’ also deserve a lot of the credit. The murders are all excruciating, horrific and breathless. The initial death sets the film up perfectly and uses the environment to really show how isolated you can be in a massive, populated city. The shocking finale to that initial scene acts as a statement of intent for Maniac and gives the viewer a perfect sense of the foreboding dread to come.

Elsewhere, there is a wonderfully constructed scene involving a dancer (Genevieve Alexandra) being stalked on her way home, a middle-aged PR rep (Jan Broberg) who soon realises that staying in an expensive apartment block doesn’t mean you are necessarily safe and a blind-date that goes horribly wrong for a young lady (Megan Duffy).

Maniac may not reinvent the wheel but it does the basics just right. It’s a familiar story and there’s only ever going to be one outcome but for the most part, Maniac proves to be truly effective, chilling cinema. With Elijah Wood on mesmerizing form, some gruesome deaths and location shoots that encompass the darker side of metropolitan cities to startling effect, Maniac is a fine horror that shouldn’t be missed.