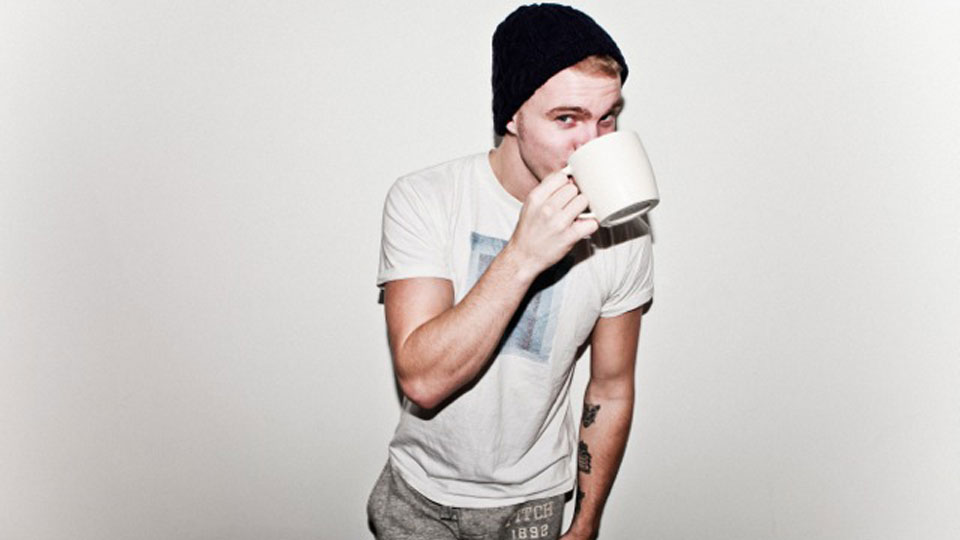 Ed Drewett is the man responsible for writing The Wanted’s debut single All Time Low as well as their singles Glad You Came and Lightning. Up until now he’s better-known for being a songwriter and penned tracks for Olly Murs’ latest album Right Place Right Time.

In 2010 he featured on Professor Green’s number three hit I Need You Tonight and now he’s ready to launch himself as a solo artist. Ed’s new single is Drunk Dial which is available to download this week.

We gave Ed a call to talk about Drunk Dial, discuss his songwriting and find out what his hopes are for the rest of 2013.

What have you been up to this week?

I’ve had lots of phone calls with lovely people like yourself. I’ve had stylist meetings. We’ve done a little photo shoot for Bliss magazine. Lots of promo! Drunk Dial was released  officially on Sunday so it’s been busy, busy, busy!

Tell us about Drunk Dial. What’s it all about?

The song is about something that I think everyone over the age of 18, obviously, can relate to. It’s about having 1 or 2 glasses of wine and making that stupid phone call to someone you probably shouldn’t. That’s what the song’s about really.

Where did the concept for the music video come from?

It was shot in my town and was basically a piss-up for lack of a better word (laughs). It was all very real. I just got loads of my mates down and some of the locals down from the working men’s club. We just got drunk and had a little party.

The video really does capture the feeling of being drunk…

I had a rig strapped to me with a camera on the end facing me. After a few hours I definitely felt it. Two pints down and I was doing fine.

Once the video shoot was over did you use that as an excuse to carry on the party?

Oh absolutely yeah! It was quite a late night actually (laughs).

You first teased Drunk Dial at the end of last year with an anonymous lyric video. Why did you decide to do that?

We weren’t ready to release fully but we wanted to see what the reaction was and get a little bit of an underground buzz going without throwing all our cards on the table at one time. It worked quite well. We let it build slowly then finally claimed it as ours nearer the time of release; just to give things a steady climb and cause a steady fuss I guess.

How have fans reacted to the song since it was revealed as yours?

It’s been great. There’s a good mix of opinion. A lot of people from other countries are freaked out by the beat. If you were a garage lover you’d understand that it’s a two-step garagey beat but a lot of people from Europe are like ‘what is this beat?’. The majority have been fantastic reviews but you take the good with the bad. It’s always good to have that.

Tell us about the album. Are you working on that at the moment?

The album has been a block of work that started as soon as I got into the industry and started writing for myself; that was four years ago. I’ve written 180 songs in the past few years and the album is basically a collection of my top 13 songs. I’m over the moon with it. If it gets the right chance it deserves I hold high hopes for it.

Should we expect a mixture of styles and genres?

It is yeah. It’s kind of half and half. There are some proper big ballads, mid-tempos, epic-sounding songs with Sting and Coldplay influences then you’ve got the more uptempo side of things. It’s a good mix of new and old in terms of classic songs and new stuff that younger people will find familiar. I’m absolutely over the moon about it.

We first heard of your name through your association with writing for The Wanted. Did you always want to be a performer yourself or have you always been more interested in songwriting?

I started writing for myself and the songwriting for other people just came along accidentally. All Time Low was written for me and actually at the time the record label that I was with weren’t ready to release me. There was a lot of love coming from The Wanted’s team and they wanted it so I thought it should go to where the love is. It was a good decision as it went straight in at number one. That opened up a lot of doors for me in terms of writing for other people. I’m fortunate enough now to have written with and for other artists whilst continuing to write for myself. I have made the most of all of those opportunities.

Is there a part of you that wishes you could have released All Time Low yourself?

Not at all really. I get asked this a lot and it’s an understandable question. At the time of writing it I wasn’t ready to release so if I’d kept it for myself I really don’t think I would have given it the best chance of success. I knew that the lads, even though they hadn’t released yet, had a big backing behind them with a lot of money and effort going into them. It seemed like the best thing to do and it was. I’m just pleased to be involved with it. I don’t need to be in the spotlight and have everyone screaming my name to feel good about writing my songs. Just hearing it on the radio when I’m in the car on my own or seeing it go up the charts – that’s enough credit for me. It makes me feel absolutely amazing.

When can we see you playing live next?

I’m doing a little gig on Thursday (14th March) but that’s kind of a little thing we’re doing for TV. I’m hopefully going to be supporting someone this year. We’re not sure who at the moment but my music can span a couple of genres. I’ve supported Elton John and Professor Green so there’s a wide area for supporting people. I will definitely inform you all when the next thing I’m doing is.

What are your hopes for this year? What would you like to have achieved by the time Christmas comes round?

I would love my music to go out to the nation. That’s what I want. I haven’t reached that scale yet. I want my music to be heard and hopefully loved by the public and by millions of people nationally and maybe one day internationally. That’s where I want to end up. I’d love a single or two in the Top 10 by the end of the year and an album that is recognised as a great album because I believe in it. After all the hard times that I’ve had, that have remained unseen, if anything else it will just prove to me that I was right all along and I could do it. I just hope it goes well.

Fingers crossed. Drunk Dial is due to chart this weekend isn’t it?

It should be yeah. I’m using it more of a setup single. We haven’t got a lot of radio play from it and there’s still a lot of work to be done. I know how the music industry is so I’m not expecting it to take over the world. It’s a marathon not a sprint y’know. We’ll see. Whatever happens we’re going to keep going, keep pushing and keep releasing new music. That’s what it’s all about.

There’s so much pressure on every artist to achieve instant success and top the charts. It’s rare to find an artist that is allowed any room for growth isn’t it?

Yeah it is. Major record labels are only interested in one thing – I don’t like to go on about them too much. If people can do it independently then I would highly advise that. It saves time. If you can fund it yourself then do that. Most of the time instinctively what the artist does for themself most of the time is right. In terms of songs I go off what feels good to me. When you start getting major corporations involved the waters get muddy and the priorities get blurred. You end up wasting time and focusing on stuff that doesn’t matter.

Drunk Dial is out now to download. You can find out more about Ed at his website www.eddrewett.co.uk

Advertisement. Scroll to continue reading.
In this article:Ed Drewett, The Wanted