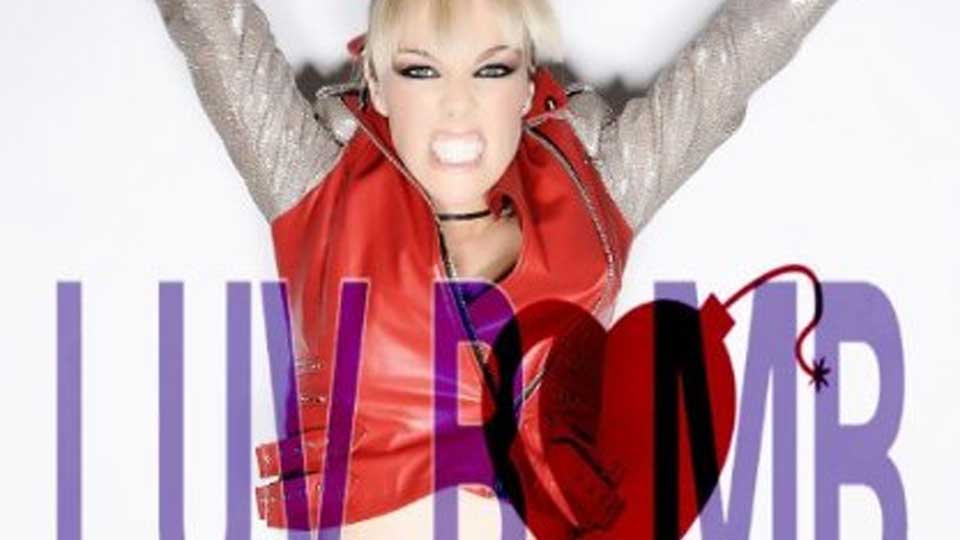 From the first seconds of the song, we took an instant dislike to it. Sorry Bowie Jane. The song sounds very dated and it’s rather irritating, rather than being catchy. The press release states that she is ‘a mild mannered criminal lawyer by day and a pop-power house by night, leaping straight from the pages of a super-hero action plot, Bowie Jane dumps the briefcase and whips off the suit to reveal a lycra-clad pop siren with a serious mission to complete on planet pop’. The description might work for a thirteen year old (OK, minus the lawyer part), but come on. Also this is a rather inaccurate statement too ‘Bowie Jane punches her weight both musically and lyrically and the result is mind blowin’. (sic) Really? The song is definitely a ‘pop’ song, but more in the mould of Daphne and Celeste meets Lolly mould, i.e. annoying and the vocals are really not great at all.
It is clear that she has a great deal of confidence, with her announcing ‘I write about things that aren’t normally talked about, looking at things from the perspective that you’d probably ‘think’ about, but wouldn’t feel confident to ‘voice’. It sounds like something Eminem or Pink would say, yet this song has about as much attitude as Emily from Coronation Street after a few glasses of Sherry – i.e. it is distinctly missing and non-existent! We must think that this statement might be in reference to her other songs that we are yet to hear, as that statement certainly doesn’t match this song. We admire strong, confident women in the music industry and we will keep an open mind to her future work, just for us – this song is a real disappointment and certainly does not have the hallmarks of ‘super-star’ etched onto it for us.
Let’s see what she will give us in the future, she might be able to change our opinion. It’s also interesting to see that she studied classical piano for seven years, perhaps in the future she should focus more on that aspect of her training, rather than give us some throw-away pop song fodder. That said, she does have a steady following on You Tube and the song has been notching up a lot of hits, so she is clearly doing something right.
In this article:Bowie Jane