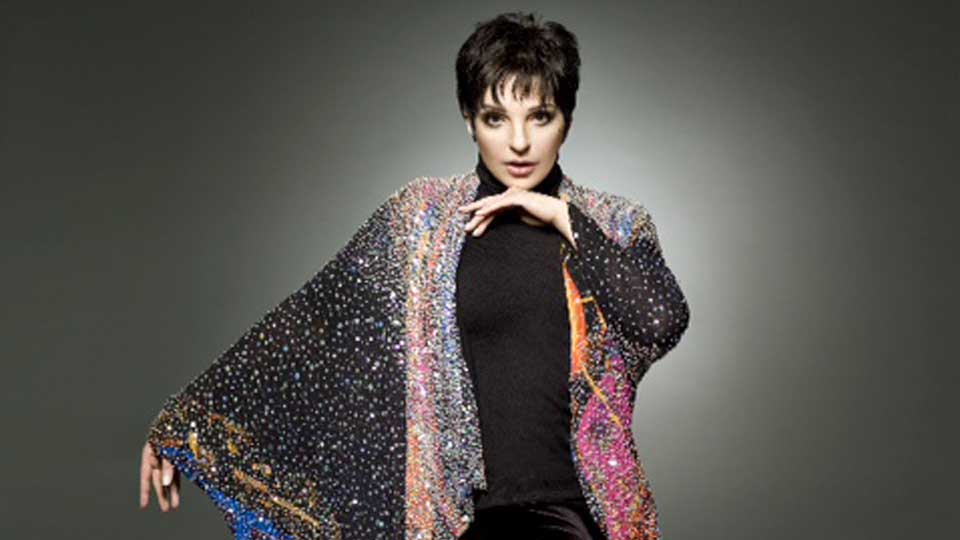 Let me preface this by saying I’m not a particularly big fan of Liza’s. Or, at least, I wasn’t. Until last night my knowledge of her extended as far as her parents, THAT marriage, and, as a precocious teen trying to energise my studies of Nazi Germany, an obligatory viewing of Cabaret – a film that quite frankly bored me to tears; a film for which she won an Oscar for Best Actress.

Thus, unlike the rest of the audience in attendance at her first outing in 40 years at the Royal Festival Hall as part of its The Rest is Noise festival, I was not in possession of an all-encompassing love for the woman that blinded me to the show’s problems. Her voice isn’t the strongest. She has remarkably few hits to her name. At times, the 66-year-old looked worryingly unsteady on her feet. And when she addressed the audience in between songs, she was an excitable, indecipherable mess, like Mickey Mouse after fifteen bags of Haribo: a personality so zany and heightened it verges on the uncanny.

But to deconstruct and assess the individual elements of her performance is to ultimately underestimate the somewhat magical sum of all parts. There really is something absolutely fascinating about this woman. But what is it exactly? How has she carved out a career in showbusiness encompassing television, film and music spanning umpteen decades? The only explanation I can provide after an hour and a half of being thoroughly if inexplicably entertained by her is her joyous stage presence. I’m beginning to wonder if the woman bleeds glitter.

Her rendition of Liza with a Z (“it’s Liza with a Z, not Lisa with a S, ’cause Lisa with an ‘S’ goes ‘Ssss’ not Zzzz’”) was gloriously goofy and made me laugh out loud. Her remarkably earnest take on You’ve Let Yourself Go, a heartbreaking love song about ageing attachment, previously unknown to me, brought a tear to my eye. She sang Cabaret with energy and exuberance, as if performing it first the first time. New York, New York, her big showstopper complete with jazzy swagger and dangerously arched back on the final note, had me on my feet joining in the thunderous applause. One can’t help but wonder and worry about her health, but Liza puts more energy and effort into her performance than any other, younger entertainer I can think of. You’ve got to respect her for that.

She rotates from silly to funny to sexy to serious before returning to silly again, all the while cloaked in an intoxicatingly heavy, old-fashioned glamour. I guess it could all be confused as schtick, and maybe it was, but for me, so fluid and natural was her behaviour, I’m convinced there’s an honesty to it; that it comes from the heart.