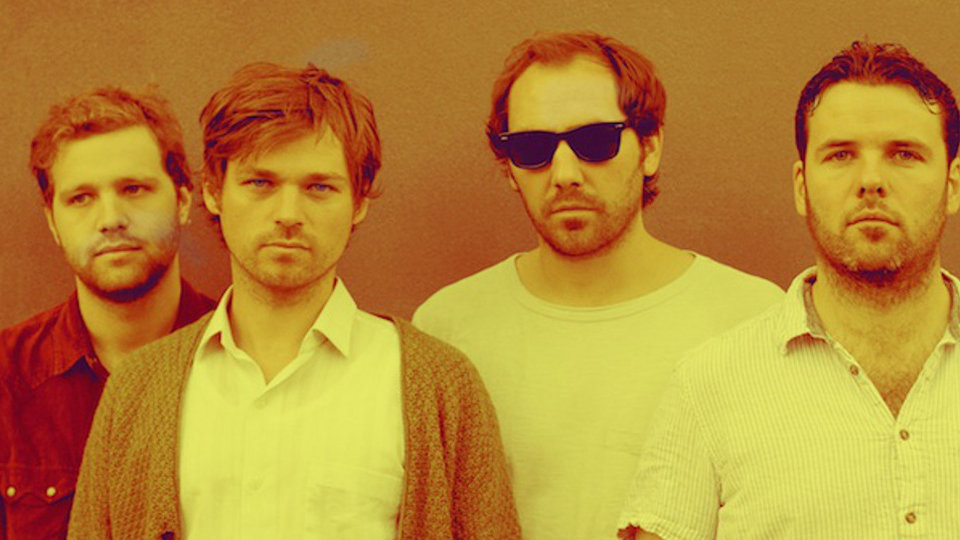 Klak Tik recorded their album on the coastline of the Irish Sea in a chapel. The Servants is the fallow-up to Must We Find A Winner. We had a listen and here are our thoughts.

The album kicks off with St Barnaby’s Lurch, which has that church element about it. There are choir type harmonies and Klak Tik make things interesting by adding a sense of urgency with their instruments. Kierkegaard picks things up where we left off. The track is still very eccentric with quite a few eclectic choices of harmonies and vocals. There is a certain darkness about the music that feels haunting.

Reborn picks things up with still heavy folk influences but this time we are submerged in a beautiful sixties sound. There is a sense of nostalgia that feels you when listening to this track that is quite comforting.

Fire Souls is another quirky and dark track on the album. Then there is the melancholic Quenched Man, which sounds perfect for a festival crowd. Curved Mirror is another haunting song on this album with its hymn-like vocals, the track morphs as you listen to it and gains more and more texture becoming a complex creature. There is intensity in this song that we like and find strangely enticing.

Klak Tik have more surprises to offer with their exotic ballad Nympheous. We like the far eastern influences on this track, which give it that exotic feeling and a sense of fragility. Lohengrin is another dreamy track on The Servants. There is something quite harmonious about this track and how it builds up to its finish.

Last on the album is Landing Party, which as it starts sounds quite dramatic but then it quiet’s down and this is pretty much how it carries on changing from big to mellow sounds and taking you through a journey.

The Servants isn’t the type of album we would normally listen to but it is packed with interesting sounds and music that will intrigue you. Klak Tik are a different breed of musicians, which might not appeal to everyone but are worth checking out.